This is the truth

The Socialist Party does not judge men and women merely by their avowals of faith and good will. Neither do we judge political parties by the descriptions of their aims contained in their written constitutions. We evaluate people and we measure parties by their actions.


Our aim in the Socialist Party is to convince the majority of our fellow-workers that our case for socialism can put an end to capitalism and its economic convulsions. Capitalism can offer no prospect but misery for billions and the destruction of civilisation. Only socialism can save humanity from the abyss. In this darkest of times, the Socialist Party clearly see the socialist future and prepares the way for it. The Labour Party has nothing to do with socialism. It's policy is to safeguard capitalism. The reformists and leftists are muddled about the nature of socialism, of capitalism, the nature of the state and the class character of political parties. Thus they equate nationalisation with socialism and they mistake the Labour Party as a working class party. State-ownership remains a form of capitalism in which capitalist property relationships is still intact. Surplus-value is still appropriated and production is still governed through the market by the operation of the law of value and commodity exchange. These laws operate whether private companies or the state control production. The essence of capitalism is property relationships; ownership is merely a formal question, which can take various forms. To portray nationalisation as a means of making inroads into the capitalist system is to ignore the central role of the state. There is no advantage in calling for the nationalisation of industry. It is irrelevant to the real interests of the working people whether profits are in private or state hands.

We believe that capitalism threatens any hope for social justice, peace, and human dignity. We face poverty, hunger, disease and environmental destruction which threatens the survival of all life on this planet. Nothing short of revolution and socialism can answer this threat. Capitalism is a system centred on capital accumulation and profit and is inherently a system of inequality and injustice. We want a social system where social wealth is not in the hands of a few billionaires, but is commonly owned and democratically controlled by the people. Human needs replaces profit as the driving force of society. Capitalists either destroy the competition, or are destroyed themselves. This drive sends the giant corporations around the world, seeking cheaper raw materials and corrupt governments that will ensure a friendly investment climate. Capitalism continuously seeks cheaper labour costs. Capitalism is a system of exploitation and oppression. Poverty is built into its operation. The capitalist class needs to maintain its grip on the levers of power.

Capitalism is Public Enemy No.1. In order to fight the enemy and win, we have to understand the enemy. Under capitalism, a handful that own the factories, the mines, the land, and the banks control the wealth that the majority produces. Capitalism organises globally and competes bitterly to expand and accrue profits. We oppose this system. There is no possibility of ending exploitation and oppression except by the overthrow of the capitalist class. In a world of abundance, we suffer from serious chronic misery.

To combat exploitation, the working class needs to struggle for its own interests. We organise in the trade unions to fight for workers’rights, higher wages, and better working conditions. We believe in the organisation of all workers and working class unity. The struggle for a livable planet is a life and death issue for many of our more vulnerable fellow-workers. We face a future that is bleak indeed unless the system of exploitation is abolished and replaced with a new socialist system.

Join with the party of the future. Our organisation is not large. While we have had substantial successes in our work, there is no reason to be arrogant or boastful. We have always opposed narrow sectarianism, and will continue to do so. We are mindful, at all times, to keep the forefront of all our activity: the need to to raise the socialist consciousness of fellow-workers and convince them of the necessity for socialist revolution. The handful of billionaires who dominate the political and economic life of the world has no right to rule. They have built their empires on the foundations of exploitation, oppression, and inequality. The Socialist Party will continue to make our best contributions to the struggle to break their power. The exploited do not need another reformist organisation. They need a Marxist one. We need a political party which will use its position to challenge the fundamental social, economic and political basis of capitalist society and expose the condition of hunger, misery and war that are bred by it – a party that will advance the fight for socialism.

Our goal is socialism – everything we do is in the direction of that objective. We are a party of which the elected delegates will remain the servants – not become the masters. 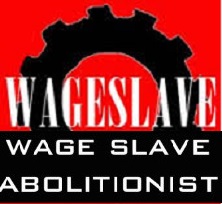