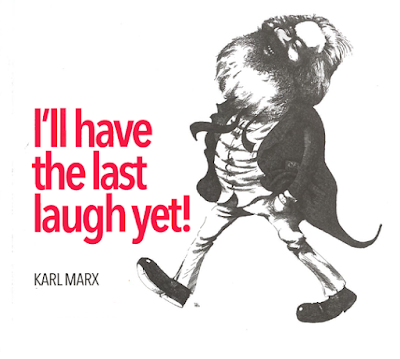 A handful of capitalists control our world and make vast profits on the labour of the working people and the natural resources of the land. All the major means of production - the factories, forests, farms, fisheries and mines are in the hands of a few hundred capitalists. The people at the centre of the corporations possess huge personal fortunes accumulated from the backs of the working class. Capitalism is a system of exploitation. A handful of parasites live off the backs of the workers and could not care less about their situation. Every bit of the capitalists' vast wealth was stolen from the working people The capitalists get rich from the fruit of our labour. At the end of the week a worker collects their pay.
The capitalists and their apologetic flunkeys claim this is a fair exchange. But it is highway robbery. In reality, workers get paid for only a small part of what they produce. The rest, the surplus value, goes straight into the hands of the capitalists and their flunkeys. The bosses get rich, not because they have "taken risks" or "worked harder," as they would have us believe. The more they keep wages down and get fewer workers to do more work, the more they can steal from us and the greater their profits. If the bosses think they can make more profit somewhere else, they just close their factories and throw the workers out on the street.
Capitalism is a system of economic anarchy and ecological crisis. This anarchic system squanders a great deal of social wealth. Capitalism is an obstacle to the further advancement of the material well-being of society. It is unjust and irrational. For working people the future is less and less certain. People live in misery so a small clique of very wealthy individuals can live in luxury. This exploitative and oppressive system, where profit is master, has choked our entire society with economic crises, political reaction and social decay. The drive for profits holds thousands hostage to hunger and want; it has poisoned the very air that we breath and water that we drink; it spawns cynicism and violence, drugs, crime and social devastation.
Working people make up the overwhelming majority of the world's population. But in every country they are the oppressed majority, labouring to support the luxury of a handful of exploiters. More than 800 million people are on the verge of starvation, while the gap between rich and poor is widening.
Capitalism has created the economic conditions for socialism. Today the whole system of production is socially interdependent, but it is controlled by private hands. In place of private control of social production there must be common ownership if society's problems are to be addressed. The problems of capitalism - exploitation, anarchy of production, speculation and crisis and the whole system of injustice - arise from the self interest of the tiny group of capitalists.
Socialism will be won through the revolutionary overthrow of capitalism - the seizure of political power by the working class. Having overthrown the capitalist class, the working people will take over the economic forces developed by capitalism and operate them in the interests in society. Socialism will be a better society, one which will present unprecedented possibilities for the improvement of common peoples' lives. Because working people will control the great wealth they produce, they will be fundamentally able to determine their own futures. The end of exploitation of one person by another will be a liberating and transforming force.
Socialism will not mean government control. Under capitalism the State serves the interests of the ruling capitalist class. When the government intervene in the present economy, it does so to help, not hurt, capitalism. The economy will be planned to serve human needs rather than simply profit. . A great expansion in useful production and the wealth of society will arise. Rational planning will replace anarchy. Coordination and planning of the broad outlines of production by public agencies will aim at building an economy that will be stable, benefit the people and steadily advance. Redirecting the productive capacity to human needs will require a variety of economic methods and experiments. There could be a combination of centralised planning and local coordination.
A socialist economy upholds the basic principles of social ownership, production for the people's needs, and the elimination of exploitation. Factories and other productive facilities will be modernised to eliminate backbreaking labour and ecological damage. Regional disparities will be addressed. Productivity gains will be used to shorten the working day and improve living standards, rather than create unemployment. Construction of housing, schools, medical, cultural and sporting facilities for working people will be a priority. With socialism, goods and services will be distributed on the basis of from each according to their ability, to each according to their needs.
Every person will get the opportunity to contribute to society as much as they are able. Transforming the main productive enterprises from private to social ownership will allow workers to manage democratically their own work places through workers' councils and elected administrators, in place of the myriad of supervisors and overseers today. In this way workers will be able to make their work places safe and efficient places that can serve their own interests as well as society's. Working people will be form cooperatives and work together to raise their standard of living and improve efficiency.
Socialist democracy would be far broader than what is possible today because the voices of the people would be heard, not simply those of the rich. 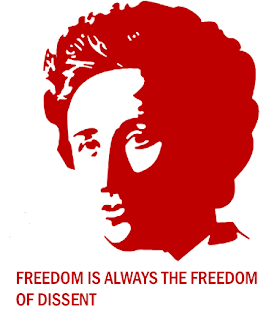