The Threat to Mankind 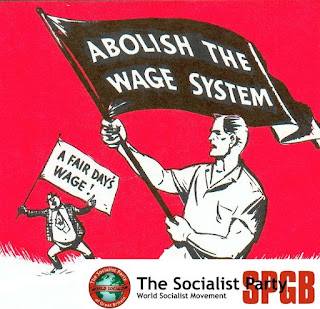 There is only one solution to this madness. Take control of science and technology out of the hands of the capitalists through the establishment of a socialist world. There is no time: mankind stands at the crossroads now. Mankind must make its choice now. And there are but two choices: Life or death, and life requires socialism. This is the plain fact: We as socialists must understand this above all. Nothing can save humanity but those who understand and teach, day and night, that there is but one possible way: Socialism. Mankind has to choose and this means that mankind faces the ultimate choice: Socialism or death.

Should we make the wrong choice, there will probably be some surviving groups of the human race to start civilisation again up the weary path through the countless ages of barbarism. If some deep green environmentalists want to be cynical, they would say: good riddance to mankind, that humanity can start all over again. We would, however, have to wait for who knows how thousands of years for a new civilisation to be flourish, which could again give mankind the plenty which our technological society is capable of providing today. People will die and suffer in misery just as they had died and suffered before through the ages, until they face once more the same dilemma that today confronts mankind: socialism or barbarism.

The fear of the people about the climate crisis and global warming has resulted in conferences, forums and resolutions to seek some way to avoid an impending catastrophe but while there is the perpetuation of this system of private profit, no resolution is in sight. With profits and dividends rolling in, the capitalist ruling class is in danger of continuing “business-as-usual.” Socialism will unlock doors that have been locked to humanity throughout the whole course of our existence and enable us as a social species to consciously transform not just the external world, but, for the first time, ourselves.

The form of society in which men live is determined by the way they make a living, that is by what is called the mode of production. When the mode of production undergoes a change, the form of society changes accordingly. The material world including society undergoes constant change. It evolves. It is never static in any absolute sense. What you produce and how you produce it, they held, is the basis of your relation to property; what you’re going to own, if anything, depends on what kind of a class set-up is demanded by the mode of production. A change in the mode of production brings about the abolition of classes and a new evolution of humanity begins. Capitalism can be characterised by the fact that by and large all human needs can be bought and sold in the form of commodities. Among other commodities the worker sells his or her labour-power to the boss who employs him or her. Now by capitalist law, whatever the worker produces belongs to the employer, who in return pays the worker only part of the value of his product in the form of wages. The value retained by the capitalist in this exploitative process is called surplus value. Under capitalism the class struggle centres about the relative portions of the value produced by the worker that go to the worker in the form of wages and to the capitalist as surplus value. The exploiters are oppressing the overwhelming majority of the people of the world to such an extent that the people are hardly able to survive and have to unite and fight against this exploitation and oppression, because they cannot exist, much less make progress in any other way. This struggle, therefore, is natural and unavoidable.
The cause of socialism still faces powerful enemies who must be thoroughly defeated in every field; Only then will the socialist society be brought into being. We must understand that socialism is the greatest cause in human history, which will eliminate exploitation and classes once and for all, emancipate mankind and bring humanity into a world of happiness and beauty, such as it has never known before. Given the continued existence of capitalism, the world faces the danger of the extinction of civilisation. The issue is: either capitalist barbarism, the death of civilisation, or socialism. It is as obvious that the capitalists can’t plan for a sustainable world! Expansion and growth is in the bloodstream of capitalism. What meaning do the petty objections to socialism assume in the face of this? When faced with barbarism or socialism, there is no longer a choice. The rejection of socialism can be likened to the man who would rather drown than get into a lifeboat. The choice is ours. Sink or swim – socialism or barbarism. 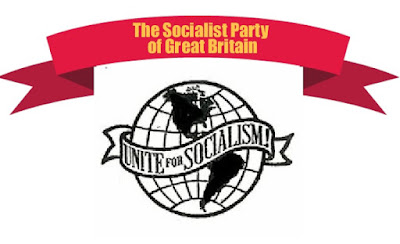