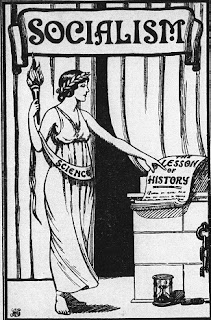 There are many antagonisms in our existing social system, arising out of the conflict between social production and individual ownership which cannot be harmonised so long as there is a wage-paying class and a wage-receiving class. The Socialist Party advocates that capitalism must be ended before any thorough reorganisation and reconstruction can take place, wage-slavery being finally done away with by the abolition of capital, industrial democracy at once taking its place. Many of us feel powerless to do anything about the political, social, and environmental injustices we face. There are many ways to use our voices to speak up for social justice. People have always banded together to work for change and have organised for action.

It is up to the working people to make the necessary resource allocations to meet the needs of the whole society. It is up to the working people themselves to determine, democratically, the organisation and operation of labour in the enterprises. Self-management is global and cannot be limited to a region or to the level of the enterprise, all each acting on its own. It a question of dealing with a multitude of enterprises in every sector, working under varied conditions. Self-management is not different enterprises acting each for itself and in uncontrolled competition. Self-management is integrated into a social plan, which is applied and worked out democratically. This does not presuppose a rigidly centralised command economy. This is the only kind of socialism which will be worth achieving. The idea of the social and economic democracy must be put back on the political agenda. Under capitalism there can be no real democracy – no rule by the people as a whole – all the while the means of production are owned and controlled by a small minority, the capitalist class. Their control of the economy and the state apparatus means that they can resist and obstruct any serious threat to their class interests. It is quite clear that we can only achieve real control over our lives by getting rid of the capitalist system as a whole and this can be done only by means of revolution.

Talk of revolution is not at all fashionable these days but the task of working people today is not to wring our hands in despair for one thing is for sure, the material conditions which gave rise to a socialist world revolution still persist. The necessity for change is as strong as ever. But there are people who think of themselves as socialists - reformists - people who think that we’re going to get socialism by a gradual accumulation of reforms. They voice anti-capitalist sentiments. They think politicians and parliament rule and all that is required to make capitalism less exploitative are a few palliatives passed into law. They don’t understand that capitalism needs to end.

Many people across the world are in a state of absolute poverty of the most basic kind: they simply do not have enough food to stay alive while others suffer from nutrition deficiencies in their diets which means that they are susceptible to various illnesses and likely to die relatively young. Inequality has been widening with the well-off getting richer and the worst off becoming poorer. Even in the developed countries working people have been experiencing a decline in real incomes while actually working longer than they did before. The real revolutionaries today are not the leftwing who – as they always have done – try to keep alive illusions alive with campaigns for reforms. One part of the process of putting socialism on the political agenda again is to remind and inform people of what capitalism is and another part is for the renewing of the struggle for socialism is to rethink and revive the various struggles to resist capitalist oppression and exploitation. Defensive, reformist struggles will not fundamentally change capitalism but once people discover that they can fight back and protect themselves it will help them realise that the system is not impregnable and this can lead on to thoughts about getting rid of and changing the whole rotten system. The task of the Socialist Party is to encourage this trend.

In the recurring crisis that engulfs the World, there is only one solution - Power to the People 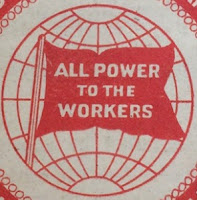