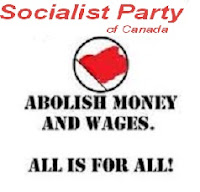 Between August 3 and 10 there were 19 shooting incidents, some of which were in public places, including night clubs where anyone not involved could get shot.

Police Chief Mark Saunders naturally wanted to make it seem like the cops were on top of it, stating: ''We're continuing to make arrests. We've laid thousands of charges. We've arrested hundreds of people. The street gang issue is alive and well.''


Yeah, right! Saunders did, though admit that arresting people isn't the answer. ''There are social issues related to this'' he said.

Of course the Chief is perfectly right, but those social issues will not be resolved within capitalism.

Yours for Socialism,
SPC contributing members