Why we oppose capitalism

The Socialist Party is pledged to establish the cooperative commonwealth. We propose to battle with all our energy and zeal to further the cause of socialism until its universal triumph is proclaimed. We shall not rest until slave and master have both disappeared and equal freedom of all has been established. We await no miracles that will end hunger and squalor in a world of plenty. Men and women will put an end to the wages system where no-one is master and no-one a slave. Each will contribute according to ability and receive according to need. Plenty banishes poverty. Work is no longer a curse to be deplored, and life, emancipated from despair, is worth the living. Join hands with us for the removal of the cause as the only way to alter the effect, and that in place of the present struggle for a miserable existence we may so alter the conditions of that existence that everyone shall work, and in return shall get all that he or she can require, not only food, healthcare and shelter, but leisure and means of enjoyment. This can be done by voluntary associated effort only. The world has never more unsafe.

This is why we are opposed to capitalism and favour social change.
Capitalists keep saying they have solutions, but they all come down to one thing - tightening their belts around other people’s necks. To save their own necks the capitalists sacrifice millions of lives as they plunder other people. Things do not have to be like this. The working class possesses tremendous potential power to change the world, a fact that is shown every day in the process and product of its labour and in its many struggles against capitalism. It is the task of the working class to displace the rule of the capitalists and remake society to serve the interests of the great majority of the people. Working people are hard-working and have produced wonders through their labour. The world is rich in many resources, and because of the toil of generations here in many other parts of the world, we have achieved a high level of science and technology.
The treasure-house of society’s wealth is created by the millions of workers who with their labour mine, grow, and transport raw materials, construct machinery, and use the machines to transform raw materials into finished products. The machines, raw materials and other means of production created by the workers are an important part of the productive forces of society, but the most important part is the working class itself without whose labour the means of production would rust and rot. But in the hands of the capitalists the means of production become tools for the continued enslavement and impoverishment of the working class. Under the capitalist system, production only takes place if those who control production, the capitalists, can make profit from it. And they can make profit only by wringing it out of the workers, and constantly pushing their wages down to the lowest level, allowing the workers only enough to keep working-and to bring up new generations of workers to further enrich capital. Part of the workers’ labour covers the cost of maintaining themselves and their families–their wages–and the rest is unpaid labour that produces surplus value for the capitalists, the source of their profit. This exploitation of the workers to create profit for the capitalists is the basis of the whole capitalist system and all its evils.
Capital chases after the highest rate of profit, as surely as iron is drawn to a magnet–this is a law beyond anyone’s will, even the capitalists’, and it will continue in force so long as society is ruled by capital. Each capitalist must try to enlarge his share at the expense of the other capitalists. Capitalists therefore repeatedly introduce new technology to try to produce goods faster and more cheaply, in order to capture more of the market from their competitors. Capitalists battle each other for profit, and those who lose out go under. While each capitalist tries to plan production, the private ownership, the blind drive for profit and the cut-throat competition continually upset their best-laid plans, and anarchy reigns in the economy as a whole.
Capitalists constantly pull their capital out of one area of investment and into another, along with bringing in new machines to speed up production. Some capitalists temporarily surge ahead and expand while others fall behind or are forced out of business altogether. With each of these developments, thousands of workers are thrown into the streets and forced once again to search for a new master to exploit them.

All this is why, from its beginning, capitalism has gone from crisis to crisis. And the way the capitalists get out of these crises only lays the basis for worse ones–they destroy goods and even the means to produce goods, scramble to grab up more markets, and a bigger chunk of the existing ones, and increase their exploitation of the workers.

The strongest capitalists survive, and in surviving concentrate more of the means of production in their hands and hurl more of the smaller producers into the ranks of the working class. As capitalism develops, society more and more divides into two antagonistic camps – at one pole tremendous wealth and greater concentration of ownership in fewer and fewer hands; at the other pole tremendous misery for the millions who can live only by working for the owners and can work only so long as they produce profit for them.
Through all this, and especially in times of the sharpest crisis, the basic contradiction of capitalism stands out all the more starkly: production itself is highly socialised–it requires large concentrations of workers, each performing part of the total process and all essential to its completion, and it is capable of massive output on this basis; but the ownership of the means of production and the appropriation of the wealth produced is in the hands of a few, competing owners of capital. 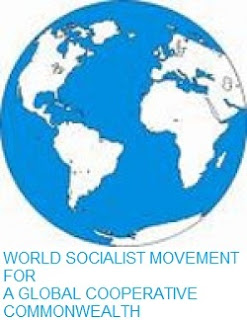