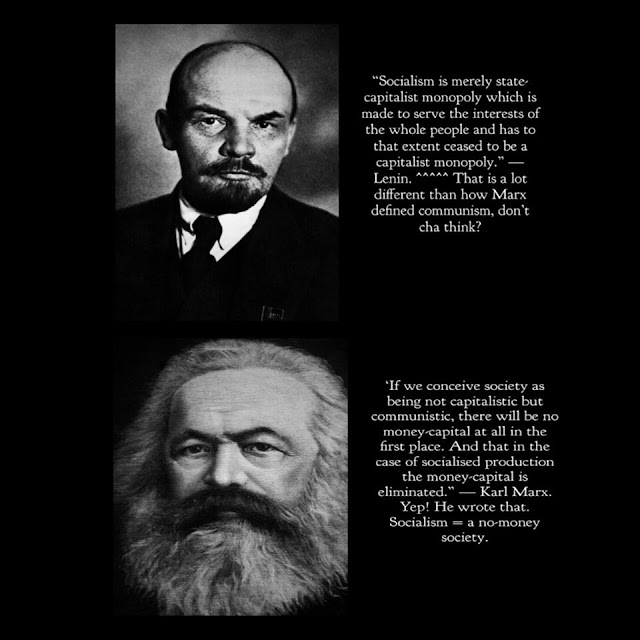 The intellectual apologists and pundits of capitalism assure that socialist ideas are long dead and Marxism is no longer relevant in today's world. What they fail to acknowledge is that the vast part of Marx's writing was not about socialism, but about capitalism, and how this system affects our lives. And what he revealed and explained has not fundamentally changed.

Marx held it necessary for the attainment of socialism were production for people's needs and use, not for sale and profit; abolition of the wage system; and the replacement of the nation-state. Marx showed by historical analysis that the nation-state is founded on private property and private control over the means of life. The state, from its origin in the ancient world to govern slave-labour economies, to feudal and finally to capitalist society, has been an instrument of class rule. The state "is but the executive committee of the ruling class," Marx wrote, and "the existence of the state is inseparable from the existence of slavery." He held that under socialism the political state must die out and some other institution, which he did not describe, would replace it. Whether it is argued that the former Soviet Union or the Scandinavian welfare state had socialism what will be found in Marx's basic principles are absent. There are many reasons why the USSR never achieved socialism, but the most important was that Russia was a feudal society in 1917. It had neither the economic base nor the political experience to organise a socialist society.

Economic democracy requires that we, as a society, gain control over the most important parts of our lives. Production and distribution will be planned to meet the needs of society. This will be a society of cooperating interests rather than conflicting material interests. People's priorities, their attitudes about life and their fellow humans, will change in an atmosphere of cooperation. The needs of the environment and consideration for all forms of life will be paramount.

Under capitalism, all workers are economically exploited, although this robbery is well-hidden in the phrase, "A fair day's wage for a fair day's work." To understand the robbery, you need to study Marx. In our new society, we will receive the full product of our labour. Our compensation will be direct, as individual consumers of food, clothing, shelter, recreation, etc., and indirect, as social consumers of roads, schools, parks, and the repair and replacement of the tools of production that we cooperatively own. Socialism will abolish the wage system and thereby correct the imbalance between production and consumption that creates such catastrophic problems under capitalism. Under capitalism, almost everything that is produced is produced for profit. The needs of humanity, and the needs of all life, are subordinated to the bottom line. As capitalism gained ascendancy in the world, everything was turned into a commodity to be bought and sold.

Marx showed how the introduction of new machinery and labour-saving methods by one capitalist requires industry-wide imitation by others and results in ever-increasing unemployment. He explained the process by which wealth concentrates into the hands of a few and how small capitalists and independent producers lose their property and fall into the ranks of the working class. In Capital, Marx shows us that labour is the source of all social wealth. Capital is wealth that has been stolen at the point of production from previous generations of workers. Capitalists, the biggest recipients of government welfare, are not the slightest interested in laissez-faire capitalism. Major corporations benefit from government-funded research and product development free and gratis. Military spending has provided them with a steady market for years. The only time capitalists promote laissez-faire capitalism is when they are trying to take away social programmes. They are only interested in eliminating the pittance that goes to their worker victims so they can keep more of the wealth they've robbed from us.

Was Marx correct? Today, 90% of us work for someone else, and only 5% own all the means of production. We now talk of the 1%, the 0.1% and even the 0.01% controlling and directing the wealth of the world. Not only is the relative position of the great majority falling as opposed to the tiny mega-rich minority, the absolute real wages of the bottom 80% are falling, resulting in a declining standard of living for the average worker. Anyone wanting to defend capitalism could have made some sort of case if the economic pie were shrinking. But for poverty and homelessness to be growing at a time when we have more real wealth in goods and services than ever before indicts capitalism as a criminal, or at best, a criminally inefficient system.

Claims that CEOs increase operational efficiency and create wealth thus deserving of their privilege and rewards is conflating the creation of wealth with the creation of profit. These increases in productivity are generally made by automating, speeding up, or otherwise reducing the amount of labour time spent on each article produced. Then the company can lower its price to take markets from the competition, forcing the competition to lower its costs in the same way or face going out of business. 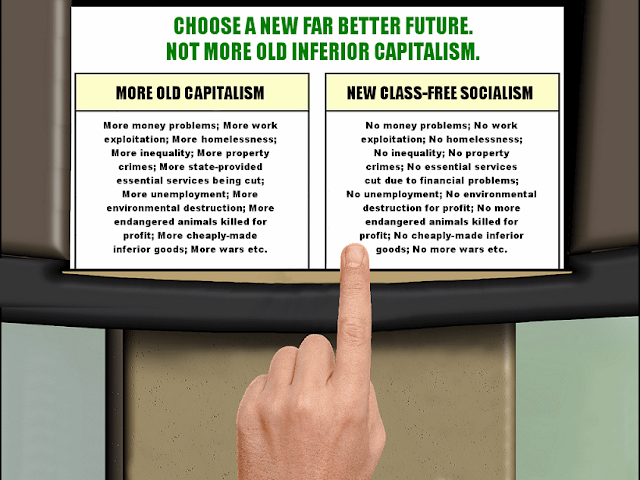