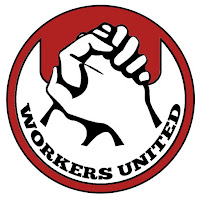 Mankind is literally in a race with catastrophe. The climate crisis and the terrible threat of environmental destruction are the warnings history is giving us to build a new society.  Join us in the great cause of human liberation-and to save civilisation from disaster.

Socialism is a form of society in which the land and the technology of production are owned collectively. In short the industries, being administered through the socialist associations of these producers, who today are wage workers. This precludes the existence of political government. The Socialist Party wants to focus the working class's attention on where political power is situated in order to remove the economic power of the employers to exploit and pursue commodity production for profit. In a socialist society, we shall be able to enjoy the material well-being our productive capability makes possible. We shall be secure, healthy, happy human beings living in peace, harmony and freedom, in marked contrast to the capitalist jungle of strife, misery and insecurity in which we live today.

The task confronting workers is to organise their political forces into a Party of their class, and to consolidate their economic power into One Big Union -not to demand higher wages, but to demand the abolition of the wage system and affect an orderly socialist reconstruction of society.

It is a historic fact that the unions were born out of a hard, bitter, often violent, struggle between capital and labour. The focal point of this struggle was the division of labour's products into wages and profits. As long as the capitalists could deal with workers individually, the workers were pretty helpless. It was to end this woeful helplessness that the workers combined into unions.

Exploitation did not cease and the struggle over the division of labour's product continued unabated. The unions only enabled the workers to resist partially these encroachments of capital. The capitalist owners of the means of social production, acting under the compulsion of the profit motive and of competitive necessity, strove constantly to keep wages as low as possible and to get even more production out of the workers. The workers, on the other hand, driven both by sheer necessity and by normal ambition to rise above a state of chronic want, resisted and sought to force wages up. But it was like dividing an apple into two parts. If one part was larger the other had to be smaller -- and this was the case whether the capitalist "apple" was big, as in boom times, or small, as in periods of depression. The class struggle, therefore, has been inherent in and inseparable from the capital-wage labour relationship.

Despite the indisputable conflict of interests between labour and capital, trade unions have accepted capitalism as a permanent system. Instead of concentrating on building a classless society, they limit their aspirations to a vague "fair day's wage for a fair day's work." The rest has followed logically. Under capitalism, labour -- or labour power -- is a commodity, a mere "means" of production that the capitalist buys in the labour market just as he buys raw materials in the raw materials market. Now, note this: Acceptance by present-day unions of the capitalist system as a finality means also acceptance of the principle that labour is doomed eternally to this commodity status. Corruption has followed inevitably. Most union leaders started out as sincere and honest men, but the harsh realities of capitalism quickly disillusioned them. The more hopeless the plight of the rank and file appeared, the more the union leaders turned to feather their own nests. Careerists and opportunists rose to the top, exploiting the workers' instinct for solidarity to promote their own bureaucratic interests.

In the new society, production and distribution will be socially controlled. There will, accordingly, be no further need for the tricky means of exchange, inflatable money, required by the capitalist system of private control over production and distribution. A basically simple and entirely feasible method of free access will deliver to every person the full social equivalent in goods and services of the work he or she has performed. And there won't be any danger of chiselling or shortchanging because social control of the economy will be democratically exercised by the workers themselves. We must organise politically to contest the politicians committed to continuing capitalism, to educate for the need for socialist change and to openly and painstakingly gather our forces in as peaceful a manner as possible.

No faction of the capitalist parties will represent workers' interests. For too long workers have relied on capitalist politicians to be their spokesmen. A political party that expresses our collective class interests,  aimed at a socialist goal- that is a weapon that we have only begun to be built. The job of educating and organising is immense. But any postponement of the task is a postponement of the only solution we have -- a reconstruction of capitalist society along socialist lines. There are no other ways out and no one but the workers to do the job.

The working-class answer must be to scrap the whole capitalist system. Not sometime in the future, but now. We must build a movement that will give the workers control of the economy. Production for profit must be replaced with production to meet people's needs. The capitalists should no longer control the things that we need in order to live. Workers must rely on their own strength. No one else will save them. For too long, workers have trusted politicians who are working for the capitalists' interests? Maybe you've heard many negative things about socialism. If you have, it's because the capitalists don't want people to know that there is a better and fairer way for society to be organised. They don't want socialism because socialism would mean that they would have to give back all the wealth they've made off the backs of working people. So they spread a lot of lies and confusion about socialism. If you want to know what socialism is really about, get in touch with the Socialist Party. 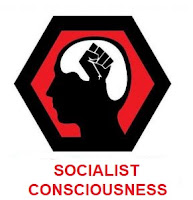