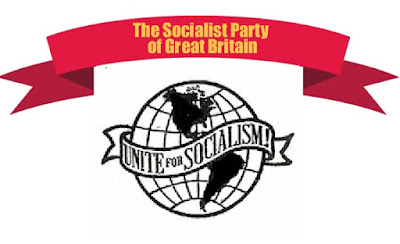 The choice before us is either to permit the uncontrolled development of capitalism to concentrate all power in the hands of an oligarchy and reduce the mass of the people to abject servitude, or to assert the ability of society to control and remodel its economic life. There, however, is a great danger that, for lack of a clear view of the problem as a whole and of a far-reaching programme of basic reconstruction, false steps may be made which will bring new evils into existence. The only safety for the rise of a popular workers movement is to be free from all political and entanglements with capitalist interests, and be equipped with a sound understanding of economic tendencies and social forces, clearly conscious of the final goal, and using all proper methods of action to achieve the aim. There must also be a strong, clear-sighted and independent political party, international in scope, and a strong and united union movement, the economic organisation of the working people.

The first principle of such a movement must be the wholehearted dedication to the methods of democracy. No dictatorship nor leader, whatever its avowed purpose, can be trusted to bring liberty, plenty, and peace. The appeal to revolutionary force must be repudiated. It is unnecessary and unjustifiable in any country where orderly and peaceful methods of democracy are available. In the name of freedom, in the name of political honesty, in the name of civilisation itself, for the good of those now alive and of generations yet unborn, we call upon the workers of the city and country as a class, and upon all men and women, to join us in winning the good new world which is within our reach.

Wake up! For centuries you have been robbed, enslaved, and brutalised, but the time has now come to change all this. The time has come for you to work for change and an economic revolution. Stand shoulder to shoulder, united on the platform of the Socialist Party, which advocates the common ownership of the means of production and distribution. No matter what the interests of workers may be, no matter what their colour or nationality they should stand together. Our masters take advantage of our ignorance by appealing to our prejudice. Working men and women are beginning to understand that they have common economic interests. No matter whether Chinese or English, White, Brown or Black, Catholic or Protestant, the interests of those who toil are identical in the social sense.

What does socialism mean? It means economic liberty, political equality, and social freedom. Socialism points out the economic basis upon which democracy must stand in order to achieve liberty. It proclaims all liberty to rest back upon economic liberty, and all individuality to be rooted in economic unity. It affirms that there can be no liberty save through association; no true commonwealth save a cooperative commonwealth. It makes clear that democracy in the state is but fiction. United by patience, goodwill and courageous comradeship, we shall conquer capitalism and make the world a fit place for free men and women to live in. There is no power in capitalism, that can prevent a united and harmonious socialist movement from building the cooperative commonwealth.

There are plenty of liberals and progressives who call for reforms. Socialists – real socialists – have a different job: to bring to the fore the necessity for world socialism before mankind’s hopes of peace and security can be achieved.  It is for the Socialist Party to do all in our power to win over our fellow workers; to place no obstacles in their way of understanding socialist ideas; to sympathise with and support them in the economic struggles in which the class war involves them; until they recognise that their efforts are futile unless its object is emancipation.

Rally to the red banner of world socialism, the symbol of working-class revolt and all the world shall yet be free. The material achievements of the past century out-rival those of all preceding ages, and now for the first time in history it is possible to produce wealth in abundance for all. It is possible to abolish poverty. 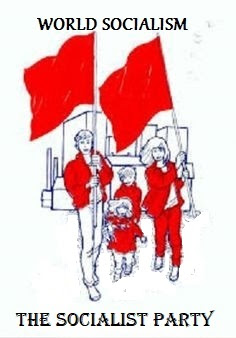