The Party for a New Society 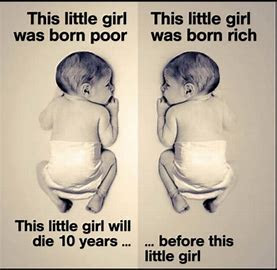 The principle of the class struggle recognises that it is the class interests at the root from which social conflicts arise. The worker who does not understand the principle of the class struggle will fall into the arms of the capitalist politicians who promise to redress all wrongs. Enlightened, however, on the class struggle, the worker is aware that no 'reform' could possibly make things better and knows that the 'reformer' is the upholder of a system under which we are oppressed under capitalism means every individual's hand raised against all others; its motto is: 'One man's misfortune is another man's opportunity'. Under capitalism the life of all is impossible; for some to prosper, many more must suffer.

Capitalism creates so many problems it is hard to know which one to focus on. Occasionally, however, something comes along that seems to put everything else into perspective. We presently observe two events - the Covid Pandemic and the Climate Crisis. The Socialist Party cannot stop world capitalism from creating even more misery on a global scale than it already has. Only the working class can do that. What it can do, however, is hasten the day when workers will come to the knowledge that they must act to end capitalism and build socialism.

The Socialist Party can do that provided as long as it receives the full support of all those who appreciate the urgency of the times and the need to spread the socialist message. Our purpose is to promote class consciousness among workers while advocating a complete revolutionary change from capitalism to socialism, to challenge the power of the ruling class, to capture the state machinery and to turn the reins of social administration over to the working people to economic democracy embracing all workers.

The chaos that exists in capitalism today makes it clear that the socialist revolution is past due. The working class is paying a heavy toll in human misery and suffering, which will become more intense unless our class organises its political and economic strength and uses it to establish the socialist alternative. As a Marxist organisation, the Socialist Party provides positive revolutionary direction to workers by promoting the growth of class consciousness. However, just as will not grow of its own accord, neither will we in the Socialist Party. That responsibility ultimately rests with those that our message has reached and it is the responsibility of all those who grasp the case for socialism to step forward and to enhance its ability to reach the working class.

Many of us comprehend that capitalism has outlived its usefulness and that it is time for humanity to move on to the next logical stage of social evolution. We want to create a sane and productive world. But how can we do so? We need a road map. The plan is based on workers acting with workers for workers. It is useless for us to wait for deliverance from the pains caused by capitalism. We will have to deliver ourselves via a non-violent combination of political and economic action, based on control by the entire working class instead of by a "vanguard" political leadership, a dictatorship by any name. The answer is that workers must form a political party of their own that specifically organises workers as a class. If we workers stopped cooperating with the political parties of capitalism and actively took part in controlling our world through our own political and industrial organisations, capitalism would soon wither and die. Only if the people as a whole take control of the economy can they maintain that control and use the forces of production to fill their needs.

We don't have to turn our backs on politics or passively wait for a better day that will never come if we fail to organise to bring it about. We don't have to aimlessly wander around in search of direction. A plan already exists that is simple, flexible and designed to meet the needs and desires of workers. It is peaceful, workable and within the grasp of working people. We don't have to suffer in isolation. We can join together and we can change our world.

Common sense should tell workers that the cause of declining wages, spreading economic insecurity and unemployment has nothing to do with who forms the government of the day

Common sense should tell workers that politicians don't decide when factories will close down or how many workers to lay off.

Common sense should tell workers that in a capitalist economy those decisions are made by those who own the factories, mills, mines and other means of wealth production.

Common sense should tell workers that capitalists make those decisions in their own interests, not in the interests of the working class.

From these and other facts, the Socialist Party draws certain conclusions.

First: Increased productivity, declining wages, massive elimination of jobs, spreading economic insecurity and the congestion of wealth proves that the capitalist system of private ownership and profit production is based on the exploitation of the working class.

Second: As long as this foundation of society remains this trend will continue regardless of the claims and promises of politicians.

Third: That the only solution to such fundamental problems stemming from the very nature of the system under which we live must also be a fundamental one.

As long as the working class tolerates the private ownership and control of the economy, workers will be used and disposed of to suit the profit whims of the tiny capitalist class. 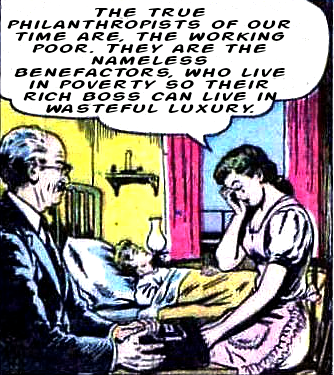