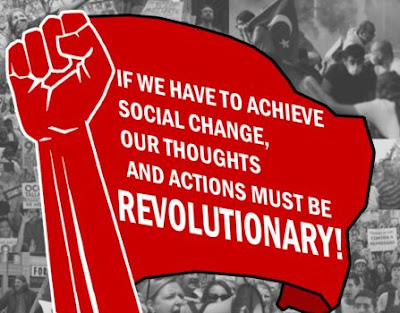 The poverty afflicting the world’s people is not due to moral defects in its victims. It is not due to "laziness" or "." Nor because of too many babies. It is due to the capitalist system under which goods are produced for sale with the aim of making profits. Capitalist profits come from the exploitation of the mass of workers who have only one thing to sell -- their labour-power. The average price they get for this in the jobs market amounts to a so-called living wage. And millions of workers get far less than the minimum necessary to make ends meet. But the chance to earn even a meagre "living wage" is periodically denied to numerous workers. This happens whenever their employers can't sell the goods their employees produce. At such times, workers who have been living from hand to mouth while employed are soon destitute. Worse yet, capitalism has reached the stage where millions of workers are permanently doomed to unemployment and pauperdom. And the increased use of automation is steadily swelling their number. Poverty is a consequence of the normal functioning of capitalism. It is an evil that persists under this system despite constant increases in productivity.

Our natural environment and resources are rapidly being destroyed: Our atmosphere is choked with toxic fumes. Our water systems is poisoned by industrial pollution. Our forests are being razed to the ground and ashes. Our soil is being contaminated and our food is adulterated by chemical additives. What is responsible for the suicidal destruction of our natural heritage? It is the rapacity and greed of the class that owns the industry. Driven by a hunger for profits, and by the pressure of competition, capitalists operate with a wanton disregard for our health and safety. To lower their production costs and boost their profits, they wilfully use our air and water as their private sewer.  But the destruction of our natural environment will not be stopped by blaming particular individuals or corporations. It is the capitalist system that is at fault. The laws of economic survival inherent in this system dictate the actions of the capitalist class. And the capitalist who hesitates to engage in the same antisocial acts as his competitors soon faces bankruptcy. There is no room for human considerations in the capitalist system. It is time we returned the compliment by forming a society in which there is no room for capitalist greed.

People born into the working class are fated to stay wage-slaves, with very few exceptions. While some may rise to supervisory or acquire professional positions, even there they remain hirelings subject to the capitalist will.  Capitalism is a most unfree system. It is, in fact, economic slavery because it compels that majority to toil for the benefit of the capitalist minority. The situation is not improving. The trend is definitely the other way. More and more small businesses going bust squeezed out by their much larger competitors, more and more employees becoming gig uber workers without steady hours or even contractual conditions. New automated technology is displacing workers. Capitalist exploitation is the breeder of poverty, racism, corruption and crime. It is the underlying cause of wars. There exist ample reasons to condemn this economic system.

Capitalism is a despotic, anti-social power, political as well as economic, that places ownership and control of industry in the unaccountable capitalist minority's hands. The capitalists make all the momentous decisions affecting our lives. They decide whether the industries are to run in the first place or are to be shut down or moved to another region. They decide what is to be produced, how much, and where it is to be marketed. They decide what laws are to be enacted, what policies are to be followed, what changes are to be made in our environment. And, naturally, every capitalist decision is shaped by the aim of maximising profits. Since we, the working people own no property other than their personal possessions (which obviously is not the kind of property that confers power and influence), we are excluded from participation in decisions on which their lives depend. We are mere passive onlookers. The political process, though ostensibly democratic, simply masks the decrees of the handful who compose the ruling class. The vast wealth of the capitalists gives them political ascendancy and assures their control of the government -- a government that has become inherently disposed to foster capitalist interests no matter who holds its offices; and that is as ready to crush rebelling workers as any police state.

These are the economic and political facts that characterise capitalism as a social system. One thing is certain: This system cannot be made to work in the interest of everyone. No reformers, however sincere, can possibly reform it. For capitalism feeds on human exploitation, and inequality is its breath of life. More than ever before, the events of recent years prove that material facts, not men, determine the course of history. The material facts of capitalism are rushing this nation from crisis to crisis. If these crises are to be overcome and our society made to serve the interests of all, capitalism must go.

The Socialist Party rejects capitalism in its entirety, proposes a new form of society, socialism, that can serve the needs of all people in this modern age. World socialism means all power to make social decisions will be vested in the people. The means of producing all goods and services will be owned collectively by all the people. Production will be carried on to satisfy the people's wants, not for private profit or any government’s profit.  Rationally used, our planet’s resources make possible the production of an abundance that will wipe out every vestige of poverty. We will make use of our natural resources intelligently, using every pertinent science to keep our land bountiful and beautiful.

Use the ballot to affirm our revolutionary right to replace capitalism with socialism. 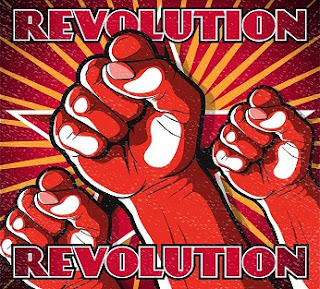