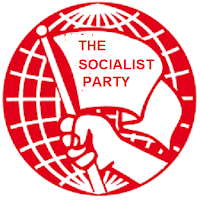 Capitalism has fulfilled its economic mission: the World is now ready for socialism. Wage slavery and oppression is inevitable lot of the working class -- under capitalism. Working-class advancement is only possible when the working class, acting in conjunction with industrial evolution, rise en masse, economically, politically and socially, for the overthrow of capitalism.

Capitalism does not consist merely of the private ownership of the necessaries for production. If such ownership were the determining feature and quality of capitalism, then capitalism reigned in the days of serfdom. The serf owned his tools, the feudal lord owned the land -- two necessaries for production. Yet that was not capitalism. Capitalism is that social system under which the tool of production (capital) has grown to such mammoth size that the class that owns it rules the land and sea like a despot, inaccessible and undethronable by economic competition, and steadily swelling the number of its slaves, the wage slaves, thereby itself recruiting the forces that will overthrow it, and push civilization onward to socialism -- That is capitalism, not anyone or set of seemingly capitalist manifestations.

So with socialism. It does not consist merely in the overthrow of private ownership in any or all of the necessaries of life. If such overthrow of private ownership were socialism, then the overthrow of the one-time private ownership of military forces, and the present state-ownership of the same, would be socialism. Obviously, that is not socialism. A limb of a human being is not a human being. Socialism is that social system under which the necessaries of production are owned, controlled, and administered by the people, for the people, and under which, accordingly, the cause of political and economic despotism having been abolished, class rule is at an end. -- That is socialism, nothing short of that capitalism answers its critics with labels, slurs and innuendo, not fact, reason and logic. Socialists wear these labels proudly, knowing that they are badges that attest to capitalist intellectual bankruptcy. The tendency to confuse socialism with reform of one sort or another -- an attitude assumed, on the part of its unwise friends, to make it "respectable" and palatable to capitalistically trained minds, and by its enemies, on the other hand, to sap it of its essence and run it into the ground -- compels the Socialist Party again to draw clear and true the old line of cleavage between socialism and social quackery, between reform and revolution.

Socialism means but one thing, and that is the abolition of capital in private hands, and the turning over of the industries into the direct control of the working people. Anything else is not socialism.

Socialism is not the establishment of laws on working hours, not the abolition of sweatshops, not the enforcement of the food laws. None of these, nor all of them together, is socialism. They might all be done by the government tomorrow, and still, we would not have socialism. They are merely reforms of the present system, mere patches on the worn-out garment of industrial servitude. Socialism is the common ownership of production which would bring in its wake all the other improvements in conditions.

Therefore, while not opposing any reforms or improvements which may be secured under capitalism, the Socialist Party steadfastly sets its face against taking time away from its main battle, for revolution, in order to carry on the struggle for reform. It refuses to be manoeuvred into abandoning its main demand -- the tools of production for the producers -- in order to fritter away its energies chasing ever-elusive immediate demands. It turns its back to the tempting baits dangled before the noses of the working class to lead them astray into side issues and blind alleys. The one demand of the Socialist Party is socialism, unadulterated and undiluted -- the unconditional surrender by the capitalist class of the machinery of industry.

The only cure is to eradicate the cause of the evil by making the means of production common property, so that it may serve as a blessing, instead of a means of competitive destruction and thieving profit to private individuals, as at present. With technology common property, the hours of labour and the stress of occupation will be proportionate to the progress of invention and the general well-being of society. Benjamin Franklin, even in his day, estimated that four hours of labour would be ample to supply the needs of all mankind under a proper social system employing machinery.

Socialism will not abolish private ownership of household and personal possessions, namely, because these are not engines of social production, and confer no exploiting powers. They confer no arbitrary powers over the lives of others. These are not wealth sources, they are not concerned with production. It can exploit no one by retaining them. Society could have no interest in depriving any individual of them. Hence people will be allowed to keep just as much of their private property under socialism as they were under capitalism. Nay, more, for socialism will multiply a hundredfold each person’s power of acquiring, this sort of private property.

The capitalist apologists sneer at socialism as visionary, unattainable, and without any immediate social value,  judging the world from the limited horizon which they afford, they fail to perceive that socialism is the only vital economic, political force of modern times. The day will come when we see the international flag of socialism waving over the ruins of capitalism, and binding humanity with the bonds of cooperation. 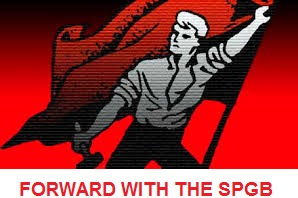