Socialism - its meaning and promise 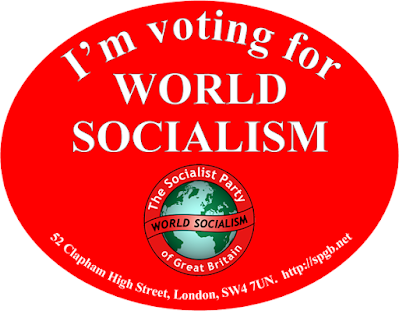 Why haven't we had a socialist revolution? How much longer can capitalism last? How bad must conditions become before workers take action?  Capitalism long ago developed the material conditions prerequisite for socialism. It has created production on a scale sufficient to banish forever want and the fear of want. Yet there has been no revolution. Rather the working class has been divided by confusion, uncertainty and despair. If capitalism continues to exist, the likely result is an unthinkable end to human civilisation.

The social revolution is no predestined inevitable development depending not upon material conditions alone but also depends a clearness of vision. Because socialism is not an automatic affair, the working people class must play a crucial active role in the socialist revolution. Capitalism will not vanish. It will remain until it is overthrown. And capitalism can be overthrown only as of the result of class conscious mass struggle which is no easy matter.  Workers are bombarded daily with capitalist indoctrination in the media to obscure the capitalist roots of all our miseries. We are told that we need to make concessions to our exploiters, rather than fighting back. Even worse, many so-called “socialists” confuse workers by talking about the myths of "reforms", raising false hopes that workers can petition the political state to solve the problems of unemployment and poverty. Such notions can only help convince workers that they have a future under capitalism and that capitalism is, at this late date, somehow capable of being reformed. In truth, ending the effects of capitalism requires ending their cause -- the capitalist system.

There are fundamental differences between the "so-called socialist and communist parties" that have controlled the states of various countries, and the Socialist Party. It is that we uphold the Marxist conception of socialism, of a class-free society based on "associations of free and equal producers." The elite, "vanguard" party paved the way for bureaucratic state-capitalist regimes. The assortment of labour parties rejected the Marxist analyses in favour of reformism - leaving the capitalist class to firmly retain control of the means of production. Both conceptions of "socialism" place central emphasis on the role of the party and are predicated on maintaining the state; they reject the essence of socialism -- i.e., establishing common ownership, and democratic control of the means of production and distribution.

We believe that the Socialist Party’s case offers the best -- indeed the only realistic -- chance to achieve socialism by non-violent and peaceful means. We believe it is the only way in which the working class can organise itself for socialism while simultaneously nullifying the ruling class's capacity to resist by means of armed force. Of course, we understand that the Socialist Party’s policy can only work under certain circumstances. It presupposes a certain measure of democracy that permits it to advocate its goal openly. The sad fact is that workers are still duped by the notion that capitalism can somehow solve the problems and miseries it creates and confronts them with. This misunderstanding is no accident. That misconception is nurtured deliberately by capitalism's politicians, and by mis-education and mis-information from the media, the schools, the universities, the churches and more -- all of which are dominated by pro-capitalist interests. Those interests and their political lackeys are primarily concerned with the preservation of their system -- the source of their wealth and their positions of privilege -- at the continued expense of the useful producers of the nation. They will not and do not hesitate to mouth any promise or resort to any action they think will serve their purpose, no matter how hypocritical or ruthless.

The Socialist Party’s task is to help workers come to recognise that there is an alternative to capitalism. For the sooner the working class understands that the misery imposed by capitalism need not be endured, the sooner will workers turn to socialism. Our fellow workers need to form a mass revolutionary party to challenge to defeat the political state for the purpose of dismantling it. Such a party is also needed to convince the working-class majority of the need for socialism and to recruit the forces for carrying out the revolution. It is the task of the World Socialist Movement to arouse the working class to its historic mission to abolish capitalism and replace it with socialism. It is true that the capitalist class appears all-powerful. It is winning the class struggle. That, however, is because the capitalists are united in their battle against the workers, despite differences regarding strategy and tactics. They have their goal clearly in mind -- the pursuit of ever-greater profits through the continued and ever-intensified exploitation of the workers.

The working class is weak because it is unorganised. It is unorganised because it lacks a fundamental understanding of the class nature of capitalism and its own class interest. The workers must at long last realise that the hope of their future rests in their hands. They must focus their concerns and political perspectives on themselves, on their collective interests as a class, on their latent economic and political power and its potential for changing society in a manner that will assure economic security and social welfare for all.

That change can be accomplished once the workers organise their political and economic power. 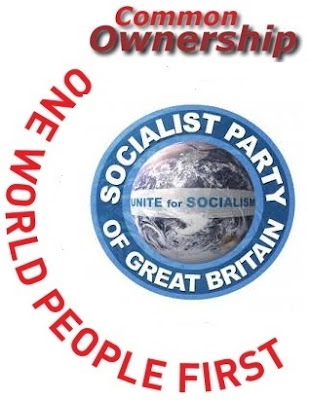