The Socialist Party - The Anti-Exploitation Party 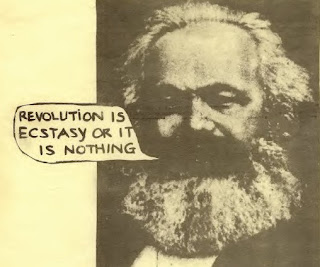 You have read that socialism will result in the loss of individual liberty; that all power would be surrendered to the state or the government, and a harsh bureaucracy would regulate our lives and enforce blind obedience.

How then, in the name of common sense, could socialists wish to glorify the state and surrender to it? Where there is socialism, there can be no state, and where there is a state, there can be no socialism. Socialist society will rest on industrial democracy. All power will reside in the hands of the people. Socialism would offer incentives to all. Instead of fearing the loss of their jobs as a result of improved methods of production, workers would know that every such improvement would mean more leisure and more of the good things of life. Thus, socialism would give an unprecedented impetus to incentive on the part of all the members of a free society.

You have been told that socialism means nationalisation or government ownership and control of industry.

The fact is that socialism rejects nationalisation or government ownership of industry. State control and intervention in the economy are long-standing features of capitalism. One of its greatest proponents was Baron Otto von Bismarck, the chancellor of Prussia. For the workers, state ownership is merely a change of masters - it brings no solution to their problems. Socialism is not a mere change of masters. Socialism means complete control of their tools and products by the workers. It guarantees this by placing the factories, the mines, transport, the land - all social wealth - under social ownership and control. Not a state, not the capitalists, not a bureaucracy, but the people collectively own, control, and democratically manage the means to produce and distribute all social wealth in socialism.

They tell us that the former USSR had socialism. That the Nordic countries have a form of socialism. A real socialist society has never been established in any country.

Capitalism keeps working people on the verge of poverty, forcing them to toil in order to eke out a bare existence. Socialism would offer equality of opportunity under which each worker would become the architect of his or her own future.

When capitalists cannot profitably dispose of the wealth of which they factories will close and unemployment climb. In order to avoid recessions at home, capitalists seek foreign markets. The competition for such markets leads inevitably to trade wars and eventually a cold war will become a hot one with open hostilities.

Are you one who entertain false and distorted concepts about socialism? If you are, then surely, if only in fairness to yourself, not to mention the momentous issues at stake, to learn more. Do this by studying the literature of the Socialist Party and learn what socialism really means. Socialism cannot come a little at a time, or in one small locality at a time by government decree or otherwise. Socialism does not mean a lowering of anyone's standard of living to one common level, as you have been told by countless politicians who want to do your thinking for you.

The Socialist Party is the only organisation to have warned of the dangers of dependence on "leaders." You may never before have heard socialism described as economic democracy. Socialism is one of the most lied-about and misrepresented words in common usage today. Socialism cannot be handed to you by "leaders", no matter how personally sincere. Socialism is strictly a "Do It Yourselves" project.

Socialism means the common ownership and democratic management of all the machinery of production and distribution, as well as the natural resources and land. The working class today creates all wealth for the private owners of industry in return for a fraction of that wealth, called wages. In Socialism, the same producers will create wealth for all of society to enjoy. With those now un - or under-employed, or senselessly occupied in socially unnecessary jobs, put to useful endeavour, and with all the ingenious time and labour-saving innovations put to use, the hours of the working day will be shortened tremendously.

Automation in industry will cease to be a threat to job security, it will bring the blessing of greater abundance and more leisure time to enjoy that abundance. Instead of workers being divided into hostile groups competing for jobs that will pay enough to keep a family until next pay-day, we will work in harmony, cooperating to produce most efficiently the best possible products, since we will all directly benefit from each improvement in quality and quantity of the goods and services we have made available.

Socialism is not a paternalistic society in which the good things are handed down to you. It is a society of economic equality, which is to say, equality of economic opportunity. You will have a full voice and vote in the industrial democracy of a socialist cooperative commonwealth. After all, you know as well as anyone the details concerning your job. You are capable of choosing management committees that will best harmonise production in your industry. These will discuss new methods of gaining efficiency, and formulate information on the total production of that industry to serve the needs and desires of society as a whole, so that abundance will be assured to everyone. Your representatives can be removed as easily as they are elected, because of your on-the-job voice in running your industry. Economic, as well as governmental freedom, will, at last, be yours. The worries of unemployment, the insecurity and strain that now accompany the sale of your labour-power to the private owners of industry -- all will be banished along with capitalism and its governmental voice, the political State.

Increased leisure and general well-being will, of course, make it possible for all of us to lead wholesome and decent lives. All will enjoy better health. The modern scourge of mental illness will be practically eliminated in a society freed from the causes of anxieties and tensions that now plague mankind. 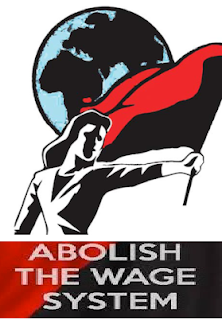