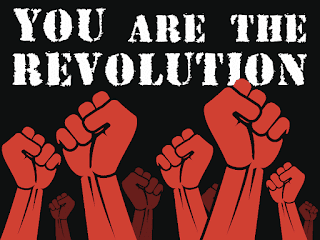 What is socialism and how can it be established. Socialism speaks to the needs and problems of the working people in a way no other political ideology can. It ties all the many and varied problems confronting people today, from economic crises to racism, from eroding democratic rights to environmental ecocide, back to their common origin in the system of capitalism. Socialism explains the basic reason why people increasingly dissatisfied with the oppression and deteriorating quality of life have not been able to gain the freedom and security they've sought for decades. Around the world, the obvious reality is that the great majority of people have no control over their lives and no way to ensure even the basic necessities of life for themselves and their families. Everywhere, they confront the rule of a small class whose ideas and interests dominate. Socialism exposes superficial excuses for this status quo of inequality and gets to its roots. It shows that tinkering with the system as it is, or waiting for "better times," or relying on politicians, are unsuccessful remedies and keeps the majority from challenging its domination.

The Socialist Party offers no promises nor mouths appealing slogans.  Our plan is to mobilising the working people into organisations that will enable them to resist and overturn the rule of the capitalist class, and to build a better society, more democratic, more open and freer than any that has ever existed. Anything short of such a revolutionary formula leaves control of society right where it is, in ruling-class hands. And no matter how that control may be "modified," if the ruling power of society is left where it is now, this world is headed for disaster. The tremendous productive potential of the economy will continue to be used for private gain and corporate profit. It will be used, as it is today, to exploit workers on the job, to rape the environment for profit, and to amass mountains of wealth for the few. It will keep pitting worker against worker, race against race, and sex against sex, fighting over scraps while the capitalist class reaps the harvest. A small ruling class will continue to use its monopoly on the means of life to shape the entire course of our lives.

If control of society remains where it is now, the government will remain an instrument for advancing the ends of a ruling minority against the rest. It will continue to serve capitalist interests. The repression will grow more drastic and dangerous. The system will head toward ever-worsening crises and more conflicts. To change course, the political and economic power of society must be transferred from the small ruling class to the working majority. In essence, this is what socialism is all about. Socialism does not mean control by the state, or domination by a party, or the regulation of capitalist rule, or more reforms and bureaucracy. It means the transfer of power over all social institutions and operations to the working people themselves. Revolutionary change can only come through the direct activity of the workers themselves. They must break with the illusion that they have to endure capitalism forever, or are powerless to change society. Through their conscious political and economic organisation, they can not only overturn class-ruled society but, in the same process, build a better one in its place.

Politically, the working class must build a party that stands for their own collective interests. For too long workers have relied on capitalist politicians to speak for them. They must build their own political organisation, to challenge the domination of the capitalist class and help all workers realize how socialism serves their needs, and how it can be won.

Socialism is the common ownership by all the people of the factories, communication networks, mines, transport, land and all other instruments of production. Socialism means production to satisfy human needs, not as under capitalism, for sale and profit. Socialism means direct control and management of the industries and social services by the workers through a democratic administration.  All authority will originate from the working people in the places they dwell and the places where they work,  electing whatever committees or representatives deemed necessary to carry out their decisions and facilitate their wishes. Socialism means an end to economic insecurity and exploitation. It means workers cease to be commodities bought and sold on the job market, and are forced to work as appendages to tools owned by someone else. It means a chance to develop all individual capacities and potentials within a free community of free individuals. It means a class-free society.

It means a complete end to all capitalist social relations.

To win fellow workers over to socialist freedom requires enormous efforts of organisational and educational work. It requires building a political party of socialism to contest the power of the capitalist class on the political field, and to educate the majority of workers about the need for socialism. You are needed for a better world, to end poverty, racism, wars, environmental disasters and to avert catastrophic climate change.