Our aim is world socialism 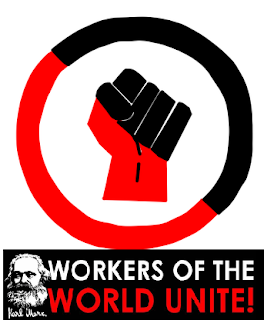 Internationalism is a vital part of the socialist movement. It is a powerful antidote for some of capitalism's most  virulent poisons such, including racism, divisive patriotism and xenophobia, chauvinisms of all kinds. Recognition of the interest all exploited peoples have in ending the system of class rule provides a powerful bulwark against the bellicose, war-mongering propaganda. Given the current weakness of socialist movement, the global solidarity of the world’s working class remains an aspiration. Nationalism is used by the capitalist class deliberately to blind the workers to their own material interests and to to keep the working people of the world divided against each other in the name of "national interest" and to owe allegiance to the nation and not ones fellow worker.

When anti-war campaigners criticise militarism yet uphold the capitalist system, they are attacking an effect while defending the cause. The only road to permanent peace lies in the abolition of capitalism and its replacement by socialism under which goods will be produced for use and the means of wealth production will be socially owned. The workers of the world, including those in the anti-war movements, must listen to and heed the Socialist Party. We believe that the conclusion is inescapable that the only way to end the threats of war is a fundamental change to an entirely new social system.

SOCIALISM DOES NOT MEAN government or State ownership.

SOCIALISM MEANS common ownership by all the people of the factories, mines,transport, land and all the other instruments of wealth-production. Socialism means production of things to satisfy human needs, and not, as under capitalism, for sale and profit. Socialism means free access to and democratic management of the industries by the workers. Socialism means a full, happy and useful life. It means the opportunity to develop all your faculties and latent talents. It means that, instead of being a mere chattel bought and sold on the job market, an appendage to a machine, an automaton, a producer of wealth for the parasite class, you will take your place as a human being in a free society of human beings, and a participant in its running.

Working inside socialism will not be dependant on the caprices either of a private employer or the capitalist market. When things are produced to satisfy human needs, instead of primarily for sale and profit, involuntary idleness will be an impossibility. The "demand," instead of being limited to what people can buy, will be limited only to what people can use. Nor will technological unemployment be possible with socialism. Instead of being made redundant, surplus to requirements, the improved methods of new technology will reduce the hours of the working day and make work more pleasurable. Socialism alone can give jobs for all and open wide the doorway to economic opportunity. A job of work in socialism will be the minimum necessary to fulfil society's needs. Work is not the end and aim of a person's existence; it is the means to an end. We do not live to work; we work to live. Socialism will, therefore, strive in every way to lighten the burden of mankind and give us the leisure to develop our faculties and live a happy, healthful, useful life.

DEMOCRACY is the foundation of this infinitely better world for which the material conditions are already present. Capitalist democracy is limited to the political field. Even there it is restricted and in constant peril. On the economic field, despotism prevails. Capitalism gives to the owning class the terrifying power to hurl millions upon the mercy of charity with a stroke of the pen. Socialism destroys this despotic power and creates an economic foundation for complete democracy.

In SOCIALISM, all authority will come from the workers integrally united in associations. Such is the full-flowered democracy of socialism - ECONOMIC FREEDOM!

YOU ARE NEEDED to help bring about the promise of abundance and human happiness that this age offers. You are needed to help avert capitalist tragedies. Prepare yourself to prepare others. Help us to unite the working class politically to demand the unconditional surrender of capitalism. Join with us to consolidate the workers' power, proclaim as your goal the goal of the working class. 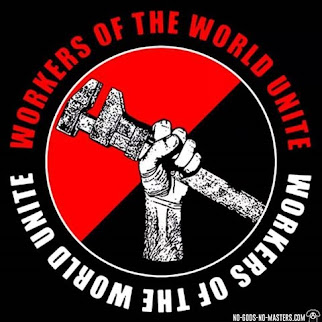