The Workplaces to the Workers 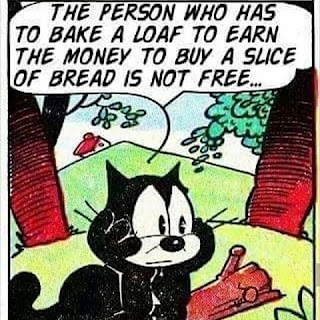 Socialism will have a mutual understanding as its fundamental principle upon which the future will build. Perhaps you are shaking your head at this point and saying, "All this sounds like heaven on earth. But it can never be. We have to contend with human nature, you know." Are you opposed to helping create a "Heaven on Earth"? Do you actually prefer the hell on earth of today? Are you so different from others? Is your nature so unique that you are the only one against the insecurity of employment and the exploitation under capitalism? Are you the only one yearning for economic freedom and comfortable decent life for yourself and your family? Do you endorse the fear-instilling and intimidating measures used by some politicians to curtail freedom of thought, and encroach upon your liberties? The Socialist Party maintains that the best in men and women will only be brought out by better social and economic conditions.

On the Left, there are "socialist" parties that have for decades have advocated a hodgepodge of reforms of municipalisation and nationalisation, while the more radical call for cooperatives. All of which would make necessary the retention of the political State and give politicians and civil servants positions of power as the ruling bureaucrats. In their effort to be "all things to all people," they also advocate private ownership of small businesses unaware that the capitalist system fosters accumulation of capital, expansion of markets and leads to centralisation and monopolies. Walmart was once a “mom and pop” neighbourhood store, Bank of America was formerly a community bank for Italian immigrants.

The Left are reformists seeking political power by making meaningless promises in the name of "socialism," while the Socialist Party is a revolutionary political party whose aim is, and always has been, the abolition of capitalism.

The World Socialist Movement is the only organisation that stands uncompromisingly for the abolition of capitalism and denies that there is any possibility of real or lasting improvement for the vast majority, the working class, within the framework of the capitalist system. On the contrary, the Socialist Party warns that the longer capitalism lasts, the worse becomes the condition of the workers as a class, and the more difficult will become the transition from capitalism to socialism. And this is despite the persistent efforts of the progressives and liberals with their reforms, whether they pretend to be socialists or not. The Socialist Party has learned through the hard school of experience that reformism leads away from the progress of socialism. Every reform granted by capitalism can be a concealed measure of reaction. Therefore, we contend that capitalism must be abolished.

Support the Socialist Party and its socialist reconstruction of society. Do not be deceived by those who, lacking revolutionary principles, opportunistically trading on the word "socialism."

Are you going to keep the system of private ownership? Will you attempt to preserve a social system that has proved its incapacity to solve the problem of poverty in the midst of plenty? Do you favour prolonging the life of a society in which a few own all the means of wealth-production, in which labour-saving machinery, instead of lightening the workers’ toil, throws people out of jobs onto the scrap heap? Must you permit mankind to pass through still another vicious cycle of recession, crisis and conflict?

Or shall you do the common-sense thing, make the means of production our collective property, abolish the exploitation of the many by the few, and use our species’ genius to create abundance for all?

There are certain things you must understand. The first is that we can expect no help whatsoever from the beneficiaries of capitalism. Here and there an individual capitalist may see the handwriting on the wall and join with the workers, but as a class, the capitalists, like the slave-owning and feudal classes before them, will strive to prolong their poverty-ridden, war-breeding system. The workers of hand and brain must build this new world and emancipate themselves through their own class conscious efforts. Another thing to understand is this; though the workers are in the overwhelming majority, and have tremendous potential power, they can apply their collective strength to the task at hand only through organising politically and by availing themselves fully of the peaceful method for the conquest of the capitalist political State. 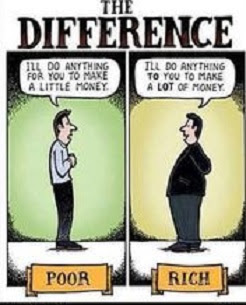