SURVIVE with SOCIALISM or SUFFER with CAPITALISM 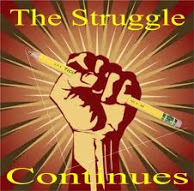 Once established, socialism will confer on the people a power far greater than could ever be ensured by such things as the United States Constitution and rights bestowed by the United Nations. Working people will determine what to produce and what not to produce. The Socialist Party holds that the very essence of socialism is inherent in the word itself -- a SOCIAL order that, freed from the economic class rule, serves the common interests of the people-as-a-whole. Socialism is that social system under which the necessaries of production [factories, technology, transport, land, etc.] are owned, controlled and administered by the people, for the people, and under which, accordingly, the cause of political and economic despotism having been abolished, class rule is at an end. That is socialism, nothing short of that.

If society is to be lifted out of the capitalist morass it is now in, the lifting can be done only by a working-class informed of both the goal of socialism - a working-class enlightened upon the aim.  We must organise politically as a class to demand at the ballot that all the means of life become the whole property of society. We all know through experience that capitalism can't be planned and cannot endure the well-being of all members of society. Only socialism can do that by removing the capitalist ownership of the means of living [the industries and services] and by ensuring that the anarchy of production is removed by the abolition of profits and wages, prices and money.

It is necessary for a socialist working class to gain political control, but only for the purpose of dispossessing the capitalist class and opening the way for the community as a whole to take over the means of production and distribution, and democratically use them for the good of all. The State, with its coercive machinery, will be dismantled as its function -- the custodian of private property -- will have disappeared. New social institutions of administration based on the new social conditions will be democratically formed.

Capitalism is careening toward eventual collapse. Socialists are in a race against time, trying to build a viable socialist movement before the catastrophes of capitalism brings about irreparable global destruction. Isn't it high time our fellow workers understood that instead of hacking at the branches of evil it had better strike at the root? Haven't decades of government band-aid reforms failed to cure or even contain the social ills we grew up with? Unemployment, poverty, pollution, racism, crime, war - who still believes that politicians have meaningful solutions for these scourges? There are no two ways about it.  The evidence is overwhelming that if society is to experience social well being instead of social catastrophe it must soon remove the root cause of the problems that afflict it.

The Socialist Party stands four-square on the solid, time tested ground that the primary and overriding cause of all the grave social problems that confront us today is not an imperfect "human nature" but economic class division. We hold that the root of the trouble is class ownership of the huge industrial complexes upon which all of us depend for our lives. Therefore let us not talk about palliatives but focus on class conflict and what can be done about it. As the wage system imperils society, society must abolish the wage system and its organ of oppression, the state. That is, the immense majority that comprises the modern wage working class must replace class possession and class government with social ownership and transform capitalist or state-run economies into cooperative commonwealths.

"Socialism" is a much-abused word; however, it is not hard to separate the true from the false. SOCIALism necessarily rejects kinship with whoever advances "government ownership," "state control" or "mixed economy". Genuine socialism completely dissociates itself from wage slavery. Socialism means industrial democracy. Socialism conveys a plan whereby any time it is so minded the working-class majority can take social possession of the socially operated industrial means of life and thus, at last, redeem mankind from the terrible outrages inflicted upon it by blind, ruthless, ruling class greed. Socialism is truly the one hope of humanity. 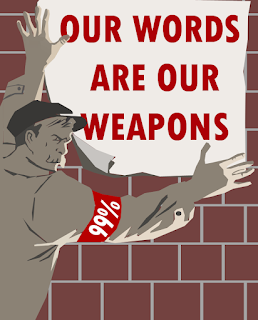