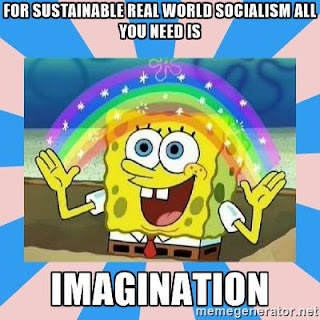 When a social system such as capitalism has outlived its usefulness, efforts to improve it are a waste of energy and only postpone the desirable features of the improvements sought after.

"Although the Liberals have not carried out their principles in any land as yet completely, still the attempts which have been made are sufficient to prove the uselessness of their efforts. They endeavoured to free labour, but only succeeded in subjecting it more completely under the yoke of capital; they aimed at setting at liberty all labour powers, and only riveted the chains of misery which held them bound; they wanted to release the bondman from the clod, and deprived him of the soil on which he stood by buying up the land; they yearned for a happy condition of society, and only created superfluity on one hand and dire want on the other; they desired to secure for merit its own honourable reward, and only made it the slave of wealth; they wanted to abolish all monopolies, and placed in their stead the monster monopoly, capital; they wanted to do away with all wars between nation and nation, and kindled the flames of civil war; they tried to get rid of the state, and yet have multiplied its burdens; they wanted to make education the common property of all, and made it the privilege of the rich; they aimed at the greatest moral improvement of society, and have only left it in a state of rotten immorality; they wanted, to say all in a word, unbounded liberty, and have produced the meanest servitude; they wanted the reverse of all which they actually obtained, and have thus given a proof that liberalism in all its ramifications is nothing but a perfect utopia."

We are living in a time when the comforts of life, and all the material wealth needed to bring happiness to every human being, can be produced in abundance. There is no need whatever for one human being to go hungry, homeless or naked. Mankind's inventive genius has developed the tool to that point, and guided the natural forces to that degree, that abundance is possible to all. But between that abundance and its enjoyment an obstacle is interposed. That obstacle is the modern social system, capitalism, and its defenders and beneficiaries are the capitalist class. Thwarted from accessing this  abundance of wealth which the capitalist class forbids them to touch, workers young and old, male and female, black and white, instead of fighting the capitalist, with wealth and freedom as the prize at stake, fall to fighting each other; and the stakes in that conflict are: death to the loser; poverty, misery and wage-slavery to the winner. This has for a result the survival of the slave. A more brutal and demoralising spectacle cannot be conceived.

The capitalist class misrepresents socialism as a scheme of society, whose adoption would destroy individuality! "Socialism," it declares, "would degrade us all to one dead level regardless of individual aptitude or merit. Capitalism, on the other hand, exalts the individual, promotes his rights and duties, and all else that appertains to him and his happiness. Down with socialism! Up with capitalism!"

Capitalism is a fraud within a fraud. Proclaiming itself individualistic, it organises collectively in order to promote the aims of a few. Socialism, on the other hand, is genuineness itself. Believing that industry is collective in organisation and operation, it proclaims itself in favour of collective ownership and control. With freedom from the economic pressure due to the capitalist control of industry, such as socialism alone can provide (since it is in accord with evolution), individuality will achieve proportions hitherto unattained.

Whenever the position of a defender of capitalism against the attacks of socialism becomes desperate, he drags forth the inventor. "What are you going to do with the inventor, the man whose genius has created the great machines which make wealth and civilisation possible? Are you going to despoil him - to rob him?" To this the socialist generally retorts by showing that it is capitalism that robs the inventor.

Times a-changing, so much so that it may be said that the individual inventor had become as much of a myth as the individual captain of industry - who, it is alleged, directs the work of thousands of wage slaves. Today industry is so ramified, so colossal, that it is an impossibility for one man to direct it. Corps of trained subordinates, executive, engineering, and other boards meet in frequent consultation to devise ways and means for the safe conduct of the consolidated industries over which they preside.

And so it is with the inventor. Invention has become social in scope and methods. With the various branches of industry so closely related, the mechanical changes in one branch of production must be considered in their relation to other branches. The result is that today the inventor is no longer an isolated being, developing himself and his ideas in some dismal garret.

The inventor is today the product of a scientific school or a great establishment, which, while specialising in his abilities, has given him a well-rounded education. The inventor is today a part of a corps of technical experts, men rarely heard of outside their own spheres, who, with the finest mechanical equipments and extensive chemical laboratories at their command, work in cooperative unison for the production of new and interrelated inventions,a nd the improvement of old ones.

The inventor today is one of a multitude of workers who are asked to drop suggestions for improvement into boxes placed about the factories in which they work; suggestions that have, in the aggregate, produced new types of machines and so transformed the original inventions as to make them entirely new creations; suggestions that have immensely enriched the capitalists to whom they were given, while the reward of the workers making them was a few paltry prizes, which are far from being commensurate in value which the things they are supposed to represent. 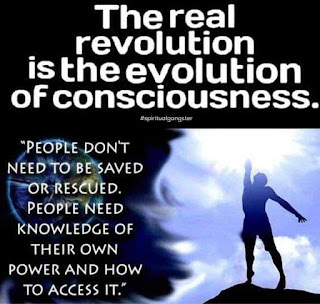