It Is Socialist Economics! 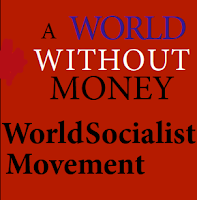 Delusions about the Labour Party still linger, through all the realities of Labour governments opposing strikers, or imposing cuts on workers' living standards. When it suits them—and particularly at election time—they pretend to operate under deeply held, inviolable principles. For winning—getting into power—is what capitalist politics are all about. All the parties which compete for our votes—as distinct from promoting a wider understanding of society—are hoping for some measure of control over the affairs of British capitalism. All the Keynesian Labourites and other supporters of capitalism still believe that capitalism can be made to work in the interests of all.

In order to keep the workers acquiescing in the system of lunacy that is capitalism, its supporters continually have to invent scapegoats and to point to them as the cause of the hardship experienced by the working class. Naturally, no defenders of capitalism are going to tell the workers the real reason for this current recession, even if they did know it themselves. So, by means of a well-conducted campaign in the media, every so often scapegoats are offered as causes of social problems and the misery of the working class. Migrants, refugees, benefit claimants or trade unionists. One by one these groups are singled out by the hack journalists and blamed for the present social malaise. The supporters of capitalism, regardless of whatever political party they adhere to, ask us to believe that this country is becoming overcrowded with migrants and that they are aggravating unemployment. Perhaps those who believe that immigration is in some way connected with high levels of unemployment, bad housing and poor social services, would care to explain why all these conditions existed in the 1930s and yet there were much fewer immigrants as a whole living in Britain. If immigrants really do provide the real cause of unemployment, why is it that in the areas worst affected by high levels of unemployment, such as Northern Ireland, Clydeside and Tyneside, the immigrant population is at relatively low-levels? Few people will appreciate the vicious campaign of ignorant distortions directed by the tabloid press and reality TV shows against those on benefit. Many of those out of work are slandered by being called lazy and unwilling to look for work. As any worker should know, employment as such is usually a miserable prospect anyway. But apart from that, the fact is that over the past few years reports have repeatedly shown that for every ten people registered as unemployed, only one job vacancy has been reported to the Job Centre Of course, those who believe that unemployment is largely due to laziness and unwillingness to work, never bother to explain to us why in the 1950s and early 60s relatively few people were “lazy” (unemployed), while in the 1930s and today many more have suddenly become so. Most workers are but a couple of wage packets away from joining the numbers of the official poor.  For many, it will be their first taste of idleness after years of steady work.

The truth is that social problems, such as unemployment, the housing crisis in large cities, homelessness, waiting lists at hospitals, overcrowded class-rooms and bad social services, are not caused by immigrants to this country or by any supposed reluctance of the unemployed to find work. When people complain about these social problems they are really protesting about the inevitable consequences of the capitalist system. Under capitalism profits for the owners of industry and the increased wealth of a small minority of the population are of prime importance. Social questions and the human need of the immense majority are pushed into the background time and time again, as is the case today. Cuts are made in education, medical services and transport, etc., and workers are thrown onto the dole queue. All of this is part of a vain attempt to solve capitalism’s insoluble problems. Poverty is not restricted to those who are officially classified as such, it is the condition that workers, in general, are familiar with. Rarely mentioned are the people who not only never need go near a Job Centre, but never need to worry about getting a job. The rich are not irrelevant to the question of poverty. The existence of one is the condition of the existence of the other. The wealth going to the rich of this world comes from the work of the poor. The rich own the means of production, the poor do not. The poor produce more than is required to maintain them as workers and this surplus keeps the rich. Be they old, lame, part of a single parent family, the rich need no supplementary benefits, least of all need they seek employment. There will be rich and poor as long as capitalism lasts.

The Labour Theory of Value states that the value of commodities is fixed by the amount of labour they contain. But not any old labour. “Socially necessary” labour, the labour required by society to produce an article. The determination of Value by the labour in an article was well known to the famous classical economists before Marx: William Petty, David Ricardo, Adam Smith and Ben Franklin the American; whom Marx quotes approvingly in Volume I of Capital (page 59, Kerr edition). "The value of all things . . . is most justly measured by labour"

The difficulty they found themselves in was this

They then went round in circles until Karl Marx cut the Gordian Knot by proving that Labour Power, as a commodity, is also subject to the Labour Theory of Value—that is, the amount of labour to produce and maintain a Labourer. Since those days capitalist "economics” has become a joke; starting with Marshall’s absurd "Marginal Utility” and finishing with J. M. Keynes’ disastrous inflation theories. Meantime the colleges teem with pompous wise-acres solemnly expatiating on "status” and "honours”, "power and conflict”, “blue-collar and white-collar workers” “the reward hierarchy” and associated trivialities.

Once you reject the Labour Theory of Value, you become an apologist—for capitalism.

The Labour Theory of Value also explains why, after 50 years of reformist legislation, Labour Parties have had no effect whatever. While they are trying to tart up capitalism with a few spraying jobs, an endless stream of profits pours into the laps of the capitalists, behind their backs.

A clear grasp of the Labour Theory of Value is a MUST for a socialist. 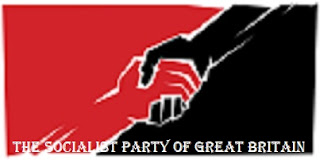