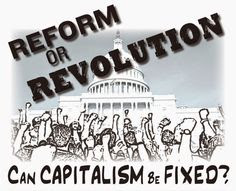 Having recovered from the 2007/2008 recession the capitalists have returned to "business as usual" leaving the rest of us to continue with stagnant wages, worsening working conditions and insecure employment. Capitalism's constant drive for accumulation has especially run amok.  The rich continue to get still richer. Capitalism brings exploitation and inequality.  A growing number of people are turning against the capitalist system. The growing misery has made people receptive to socialist criticisms of capitalism. However, unfortunately, right-wing populists have used this anger with great success by blaming scape-goats while liberals have been building a reformist movement offering a “coalition” of employers and employees.

The unions and the socialist movement are weak with negative results for workers from the dominating power of the capitalists, which has enabled them to seize the benefits of increased labour productivity. Capitalism is based on the exploitation of labour. Irreversible global climate change can only be averted by a post-capitalist system. Socialism possesses advantages over capitalism. Only a socialist planned economy can pursue sustainable benign production methods as the priority, while capitalism offers ineffective reforms to legislate and regulate businesses from doing what is most profitable for them. The building of socialism is essential. It is the only way to build a rational economy. It is possible to build a movement to replace capitalism.  People need to wake up and learn the meaning of the co-operative commonwealth.  Capitalism is a dead-end with too many in denial to the fact there is no equilibrium to be had in a profit-driven market-society. Socialism is the only alternative to capitalism and its crises. No policy that leaves capitalism standing can be, to any great degree, in working class interests. Whether or not capitalism is in a state of crisis, there is always a crisis for the workers, the members of the working class spend their lives depending upon their masters for the necessities of life. Capitalism as a whole grinds the workers down to wage-slavery and poverty. War is inevitable under capitalism.

The Socialist Party know all the obstacles that stand in our way to achieving our purpose, but we are not dismayed. Those who argue that socialism is a long way off make it farther off by muddling the workers’ heads with complicated reform programmes; those, on the contrary, who argue that socialism can be here tomorrow keep their theoretical ideas and practical policy clear and fresh by concentrating solely on achieving socialism, leaving no doubt in the minds of the workers about what socialism is and the practicability of its immediate application, providing the workers understand it and want it. Revolution alone, and not reform, is the only policy to which a socialist party can adhere. The World Socialist Movement denounces exploitation, cruelty, and ignorance wherever they are found, for socialists do not condone in one country what they condemn elsewhere.  The Socialist Party, while exposing and condemning global capitalism, extends the hand of fellowship to the working class of all lands, for only through international action by a socialist working class will socialism be achieved. The function of the capitalist regardless of nationality is to use the worker for his own ends. The task of the worker is to understand this and achieve his or her freedom, which necessarily carries with it the freedom of all humanity. The only way to eliminate the evils of the present social order is to end that order in its entirety and establish a social system wherein the means of production and distribution are commonly owned. That is socialism. 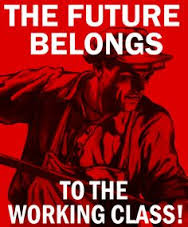 Read the literature of the Socialist Party. Study our declaration of principles. Listen to our speakers; question and oppose them, and weigh up the soundness of our arguments. Capitalism is not the government but the social system. It means the class ownership of the means of production and distribution, in the modern world. Whether industries are in private hands or under state control makes no difference.There is no hope for reform to undermine or confrontation to overthrow the established order of who governs Britain and every other country. The Socialist Party has been putting forward the means to get rid of the problems over which some workers fume and others think they must be resigned. The capitalist system continues because the majority support it. The day that support ceases, the situation will alter completely. What the majority have to understand is the nature of capitalism, including that a change of government is no change at all, and that only socialism will be different. The course of action then is easy. Delegates will be elected to Parliament with a mandate not to administer capitalism but to abolish it. This is the State put to its final, and for the first time fruitful, use; instead of confronting the coercive machinery, the socialists’ representatives take possession of it. Class ownership then falls to the ground, and the new world of common ownership can begin.