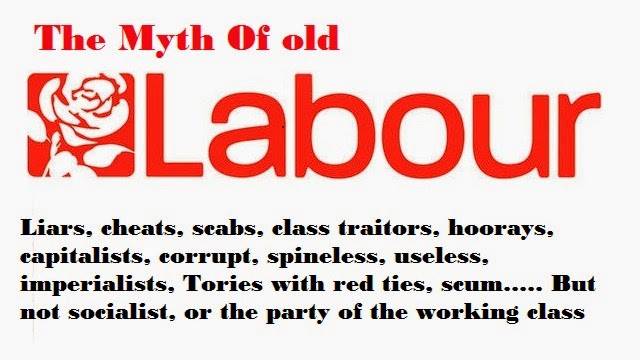 In all countries, the fight for the social revolution has yet to take place. Elections are such depressing things. Once again the power to register a desire to change society in a fundamental way was open to the workers (in the shape of their vote) and once again it will be squandered on pro-capitalist parties. Despite their shortcomings, elections to a parliament based on universal suffrage are still the best method available for workers to express a majority desire for socialism. It is a basic tenet of the Socialist Party that the establishment of socialism involves the capture of political power via the ballot-box.

For this to happen presupposes the existence of a "bourgeois democracy". But while such an arrangement is undeniably preferable to political dictatorship we don't entertain any illusions about the nature of this "bourgeois democracy". It is a very limited kind of democracy indeed. Under this kind of democracy, the population is permitted to choose between representatives of different political parties to supposedly "represent" them in parliament; thereafter control is surrendered to the politicians. But the politicians themselves are constrained to operate within parameters set by the economic system for which they stand. Based upon minority ownership of the means of living, capitalism can only ever operate in the interests of the capitalist minority, not the electorate as a whole.

Every few years groups of professional politicians compete for your vote to win themselves a comfortable position. All of the other parties and candidates offer only minor changes to the present system. That is why whichever candidate or party wins there is no significant change to the way things are. Promises are made and broken, targets are set and not reached, statistics are selected and spun. All politicians assume that capitalism is the only game in town, although they may criticise features of its unacceptable face, such as greedy bankers, or the worst of its excesses. They defend a society in which we, the majority of the population, must sell our capacity to work to the tiny handful who own most of the wealth. They defend a society in which jobs are offered only if there is a profit to be made. Socialists have little concern for the apparent moral consistency (or otherwise) of individuals, be they MPs or not. It’s the system we live under that we are interested in. As defenders of capitalism the right honourable gentlemen and ladies at Westminster have rarely been "right", and are certainly unlikely "honourable" role models. As exemplars of capitalism's principles, however they would appear to embody all the necessary tight-fisted, money-grabbing, elements. Workers' confidence in the money system has clearly taken a significant bashing as pensions evaporate, redundancies are announced and house repossessions increase. The legitimacy of our leaders – whether business or political – is under increasing attack. Bankers have been an easy scapegoat for the fundamental failings of the economic system, capitalism. It is likely that some of that anger focused on bankers has been generalised against those in power in the form of the political class represented at Westminster. And seldom before can the political choice provided for us have seemed so narrow. Threatened by ridicule from the public, the main political parties – between queuing up to show their contrition and denouncing their own excesses in terms reminiscent of some Maoist show trial – have spoken with one voice, the pro-capitalist voice. For brevity and clarity we can call them the Capitalist Party, the real political opponent of the Socialist Party.

The Socialist Party urges a truly democratic society in which people take all the decisions that affect them. This means a society without rich and poor, without owners and workers, without governments and governed, a society without leaders and led. In such a society people would cooperate to use all the world’s natural and industrial resources in their own interests. They would free production from the artificial restraint of profit and establish a system of society in which each person has free access to the benefits of civilisation. Socialist society would consequently mean the end of buying, selling and exchange, an end to borders and frontiers, an end to organised violence and coercion, waste, want and war.

So in May’s General Election you can vote for candidates who will work within the capitalist system and help keep it going. Or you can use your vote to show you want to overturn it and end the problems it causes once and for all. When enough of us join together, determined to end inequality and deprivation, we can transform elections into a means of doing away with a society of minority rule in favour of a society of real democracy and social equality. You might think, with this economic depression, that capitalism does nothing but make a slave out of you, and that it’s only the rich that benefit. It’s always workers suffering. It’s all about the money. While money and capitalism exist, it always will be. If your local candidates are not saying this, why bother voting for them? Well, why not make a statement rather than stay silent. All you have to do is write something across your ballot paper ‘World Socialism’ A vote’s always worth using, even when there’s nobody worth voting for.