Socialism is No Ownership 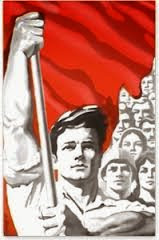 Marx was not the first to condemn capitalism for the poverty and inequality that it creates, neither was he the first to fight for a society in which poverty and inequality would be eradicated. Before Marx, utopian socialists, such as Fourier and Owen, believed that an alternative society could be built within capitalism. They drew up plans for societies in which neither exploitation nor oppression were needed to maintain economic production. Once these model communities were established they would rapidly prove to be superior to what already existed. They eschewed class struggle and dismissed the doctrine that the road to socialism passes through the revolutionary capture of the state. Marx realised that societies do not develop as a result of clever plans or individual dedication. Marx’s insight was his realisation that had to be taken into account “people” had to become organised in a very definite way – as a class through a political party to take hold of the state machine from the ruling class. The utopians were unrealistic: their means could not lead to the desired ends.

Another of Marx’s contributions was to shift the axis of the socialist movement from equality in the sphere of consumption to entirely overcoming economic scarcity by calling for the common ownership of the means of production by the producers themselves in voluntary associations so that the division of resources among individuals will no longer be a source of social conflict. Socialism is more than the provision of hospitals, schools and houses, however necessary and important that is. It is more than just planning. It is also about exploitation and about workers controlling their working lives and working environment. In short, it is about industrial democracy. In this respect, neither private capitalist ownership nor bureaucratic state ownership is the answer. In fact, state ownership itself is not even a requisite. There is no reason why enterprises should not be owned by the workers themselves in the form of autonomous worker-employee cooperatives competing for tenders to supply the state with their services.

The syndicalist programme for the post-capitalist reorganisation of the economy is that the workers should exercise total managerial authority in autonomous enterprises or at least in some branches of the economy. There would be no higher authority above the industrial syndicates. The workers of each factory is an autonomous unit, who govern their own affairs and who make all the decisions as to the work they will do. The problem with syndicalism is that it would necessarily replicate many of the inequities and irrationalities of capitalism. If economic units are genuinely autonomous of one another, they can only interact through market relations governed by changing conditions of supply and demand. Inevitably, this means that some workers will have to be unemployed or have to take cuts in income when the market turns against them. Workers to succeed will compete with another co-operative, even extolling one another to work harder and for less reward. Let’s consider the shoe industry under the model of a syndicalist economy. The shoe-producing industry is organised as a single autonomous syndicate. This syndicate gets revenue by selling shoes to individuals and stores. In turn, it purchases leather, rubber, plastic and other inputs from other autonomous syndicates. Let’s say leather happens to be in oversupply. More leather is produced than is demanded by the shoe-producing syndicate for its current output and the consumer demand. The directors of the shoe-producing syndicate tell their counterparts in the leather processing syndicate, “We only need 80 percent of your leather, we’re not going to buy any more because we don’t need any more than that.” So what is going to happen? These are autonomous enterprises. Some of the workers in the leather-producing industry are going to have to be laid off or, alternatively, all or some of them are going to have to take cuts in income and benefits because it is suffering reduced revenue. Even though people who advocate syndicalism think they are militantly anti-capitalist, their programme would actually reproduce many of the inequities and irrationalities of capitalism, despite their good intentions. We are opposed to the syndicalist program of workers’ management of autonomous enterprises.

But we are for the maximal democratic participation of the workers in economic decision-making at the level of the factory and other work-places. What we mean by workers control of production in a socialised economy is that the democratically elected representatives of the workers would have an authoritative, consultative voice in all economic decisions at the enterprise as well as higher levels. The designers, engineers, technicians, those in the offices and the shop-floor would get together as an elected factory committee and jointly work out a concrete plans for the enterprise. Unlike syndicalist “workers management” schemes, society as a whole does not allow individual factory committees to have the final say on the scope and composition of production and distribution. These are social allocation of commonly owned resources for the wider community to decide upon.

Socialists could be perhaps accused of some degree of naivety, but our simplicity has this virtue: the propositions we advance are directly linked to the aims we seek to achieve. We strive towards a better world founded on common ownership, equality and democracy. We want to raise personal and individual development to the greatest possible height.

William Paul, while a member of the Socialist Labour Party, explained "The revolutionary Socialist denies that State ownership can end in anything other than a bureaucratic despotism…the Republic of Socialism will be the government of industry administered on behalf of the whole community. The former meant the economic and political subjection of the many: the latter will mean the economic freedom of all – it will be, therefore, a true democracy... Socialism will require no political State because there will be neither a privileged property class nor a downtrodden propertyless class; there will be no social disorder as a result, because there will be no clash of economic interests; there will be no need to create a power to make ‘order’. Thus, as Engels shows, the State will die out. In the last analysis State ownership is more a mean of controlling and regimenting the worker than of controlling industry ... The attempt of the State to control industry is therefore the attempt of the ruling class to dominate Labour." 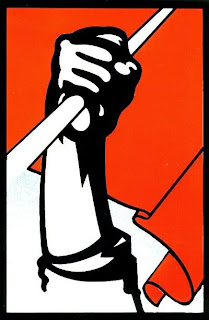 State-owned enterprises are expected to be run on commercial lines, that is, to compete on the market, sell their products at market prices. The British coal industry was a case in point. The fact that it was nationalised did not insulated it from the market. Nor would the introduction of workers’ control in the coal mines and power stations stop unsaleable coal stocks accumulating at the pit heads. To demand that no pits be closed, that all the pits be kept open irrespective of whether there is a need for all the coal they could produce was nonsense. So, in the case of the motor industry would their demand be valid that it should continue to put millions of new cars on already congested roads and add to the pollution of the environment or rather better they followed the instructions of an environmentally aware population. Syndicalistic workers control, nationalisation and state ownership does not resolve the problem of effective rational social planning. If transport and mines and factories are be run by democratically-constituted bodies, the question of ultimate ownership is really a formality. The important thing is who controls, who makes the decisions. Social democracy and mass participation are not optional but a necessary condition for socialism and its development.
By ajohnstone at May 22, 2015