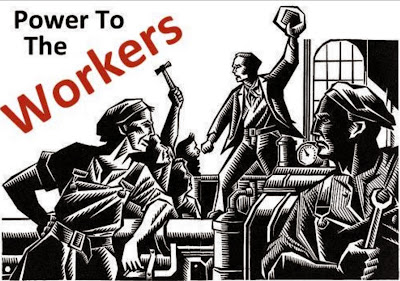 Socialism is like the Loch Ness Monster or the Yeti, always sighted from afar but never ever proven to exist.

On the question, "What is socialism?" the media and our educational system rarely talks about it, and if it is ever mentioned, then it’s more often than not in a disparaging way. The basic principles of socialism are very easy to understand. Socialism involves people taking control of their own lives, shaping their own futures, and together controlling the resources that make such freedom possible. Socialism will come to nothing if it is not a movement of the great majority in the interests of the great majority. People can only become truly free through their own efforts. That’s our definition of socialism. It’s real democracy. Capitalism is incompatible with democracy and don’t go. Being a socialist is to show that there is a clear alternative, not only to the big business political parties, but the system that they represent, the capitalist system. A socialist party is to help people get from where we are to where we want to be. If socialism is to have any meaning, by its nature it must be a precise one. So what is socialism?

It is the description of a certain set of economic and social relations. A worldwide society devoid of classes, money, national boundaries and Government (as opposed to administration of items). The means of production would be held in common, with people giving voluntarily to that society whatever they were able and taking that they required to satisfy their self-defined needs. The productive forces in such a society would be so developed to meet those needs, liberated from the restrictive necessity to accrue surplus value, profit. It is not enough to take productive property into state ownership, for this merely transfers property from private to public control. All that has occurred is that private ownership has become state ownership which can be returned to the private sector and at no point is the relationship between producer and the means of production essentially changed. Marx identified two types of property, described by Paresh Chattopadhyay as "economic property" and "juridical property". The crucial element in defining society is the "economic" as this relates how one class retains whilst another class is excluded from the means of production. Whereas the "juridical" is the social factor, recognised in law, of legal individual private property rights. The former is a relationship that leaves the worker still a worker exploited by the fact of contributing involuntarily part of the value they produce as surplus value, profit. This remains the case even if the means of production are held by the state officially on behalf of the worker.

Perhaps as an illustration to show that "...capital is not a thing, but rather a definite social production relation...which is manifested in a thing and lends this thing a specific social character..." (Marx) and show the difference between "economic" and "juridical" property.

A productive enterprise transforms raw materials into saleable commodities: trees into furniture, iron ore into cars etc. In simplistic terms, the raw material arrives at the entrance to a factory, undergoes various processes throughout the factory and emerges from the exit as a product ready for sale. The raw material remains inert unless subjected to labour which transforms it into the finished article. It is the labour that gives the item its value. The process is enacted not to produce any particular commodity, the final product is irrelevant. It is the realisation of the acquired value of the commodity through sale that is the objective and the consequent profit it entails. For the labour is bought at a rate less than the value it creates in the product so that the eventual sale brings a greater return than that paid for labour. This is surplus value, profit, the whole purpose of the enterprise. This surplus value accrues to the holders of the productive process, those with title to the "economic" property that is the social relation for making profit.

In classical capitalism the owners of the factory might be an individual, a family, a partnership or a group of shareholders. It is clear that in terms of the factory's raison d'etre it is irrelevant which of these are the legal owners. This is the capitalism with which Karl Marx would have been quite familiar. The twentieth century has brought forms of ownership that apparently blur such a simple distinction.

Transport the factory to the Soviet Union and the claim would be that the social relations had significantly altered. The Dictatorship of the Proletariat, having abolished private ownership in all its forms, had freed labour from its former exploitation, i.e.  it being robbed of part of the value it created. However, it had done nothing of the sort. The State fulfilled the function of owner, buying labour and accruing the surplus value created. Essentially, the factory operates in precisely the same manner, the "economic" property is unaltered. What has changed is the "juridical" property, who has legal title to the factory. Even if the Soviet authorities used all the profit for the benefit of the workers, building hospitals, schools etc., the essential element, the accumulation of surplus value, remains central. How a capitalist spends profit is irrelevant, it is still capitalism according to the "economic" property no matter how the "juridical" property is altered. In this country, miners remained bought labour after nationalisation as much as before under private ownership. The same is true of co-operatives who must realise profit or go bankrupt. The legal ownership of things, factories and machines etc., does not determine the operation of "economic" property. The only way a significant change can be made is to bring all "economic" property under the democratic control of society so it can be deployed to produce to meet need and not profit.

The consequence of this must be that the central political conflict of the twentieth century, that between Left and Right, has been a sham. It has been trumpeted as the struggle between socialism and capitalism: on the large scale in the Cold War, on the small in the numerous petty battles between Labour and Conservative Parties under various guises in many countries. The lauded recent triumph of capitalism is a hollow victory in that it was bound to win in one form or other, private or state. All operate within the same paradigm, from National Socialist to Communist Party and all liberal shades between. Socialism cannot have been defeated or proved invalid as it has never been tried. What now has proved false was always a falsehood. To want socialism is to desire moving forward beyond the present model to an original, unexplored one.

Which brings us to the crux of the argument. Socialism, as a further stage in social development, is outside or beyond the present Left/Right dichotomy. Essentially, Socialism can be aspired to by most who presently subscribe to either prevailing trend. For example, those characterised as the radical Right can argue the state "...has housed him (the fettered individual) in soulless tower blocks, subjected him to failed educational and egalitarian experiments and narrowed to vanishing point his opportunities for self-government, self-improvement, self-help, spontaneity, diversity and individuality". There is nothing in this quotation a socialist could disagree with. The difference lies in the solution. Whereas the Right libertarian would propose the free market, the socialist must point out that such a beast is a unicorn, a magnificent creature that never has nor could have existed. The cure for the ills diagnosed is the true freeing of enterprise, productive as well as personal, from the constraints the pursuit of profit imposes of necessity. Just as inequalities of wealth cannot be taxed out of existence, so they cannot be "untaxed" away.

What is required is one of Mankind's leaps of the imagination, a realisation by the vast majority that they have nothing to lose by choosing Socialism. Marx identified the working class as the liberators of society. In the latter part of the nineteenth century they were largely recognisable as the horny handed sons of toil. A century later the worker has become as diverse as the modes of work. However, they are still in that crucial relationship with the means of production, having to sell labour for less than its actual value. If this were not so, there could be no profit at all in the world. The suburban mortgage holder, the council house tenant, the Sub-continent villager have that relationship in common no matter how heterogeneous all other aspects of their lives might be.

It is that common element that makes Socialism a possibility. People must decide to pursue the dream and not invoke some fallen idol: Lenin, Stalin, Trotsky, Mao - Wilson, Callaghan, Blair! The contention is that it cannot be left for someone else to realise the dream. As Alice said (referring to the Red King), "I don't like belonging to another person's dream...I've a great mind to go and wake him and see what happens." The dream of the Red King is a nightmare whilst Alice's vision is of Wonderland, where she decides the modus operandi. Socialism is neither a fiction nor a polymorph: if ever it is anything it will be what people decide within its own defining form.

Based on and adapted from this article 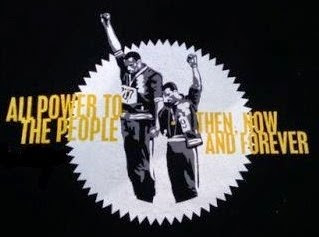