Socialism can only be established by the majority political action of a working class that wants and understands it. To establish socialism, the working class must first win control of political power and to do this they must organise as a political party. In modern political conditions — the overwhelming numerical superiority of the working class, universal suffrage, political democracy, an army and civil service recruited from the workers — the working class can, and should, use elections and parliament as the way to winning power for socialism. A socialist party should contest elections whenever it can, but only on a socialist programme. Where there are no socialist candidates, the party should advocate the casting of blank or spoiled voting papers and never engage in anarchist-type anti-election propaganda. The anarcho-syndicalist idea of a general strike of industrial unions as a means of overthrowing capitalist rule is obviously impractical since it leaves the means to crush any such strike, the state machine, in the hands of the capitalists. Much the same can be said of the use of soviets or workers' councils as an alternative to parliament.

Despite their shortcomings, elections to a parliament based on universal suffrage are still the best method available for workers to express a majority desire for socialism. Furthermore, although parliament run by Labour or Tory politicians is incapable of controlling the economic system in a rational and humane way, it is the centre of political control in the advanced industrial countries. The minority of people who now monopolise the ownership of wealth do so through their control of parliament by capitalist parties elected by workers. Control of parliament by representatives of a conscious revolutionary movement will enable the bureaucratic-military apparatus to be dismantled and the oppressive forces of the state to be neutralised, so that Socialism may be introduced with the least possible violence and disruption. Parliament and local councils, to the extent that their functions are administrative and not governmental, can also be used to co-ordinate the emergency measures when socialism is established.

We are not saying that workers councils are therefore quite useless. On the contrary; like trade unions they can often play a useful role under capitalism in the struggle of workers to maintain or improve working conditions and wages, and to resist capitalist authority at work. Factory or workplace committees, or something similar, would also play an important part in the democratic management of production inside Socialism.

Representatives elected by workers to parliament have continually compromised to the needs of capitalism, but then so have representatives on the industrial field. The institution is not here at fault; it is just that people's ideas have not yet developed beyond belief in leaders and dependence on a political elite.

The idea of fair and free elections would give the ruling class political apoplexy. Imagine a general election where socialists had a level playing field, an election that was in effect a plebiscite on the question of socialism or capitalism.  The traditional parties of capitalism would be united in telling us about the remarkable plethora of reforms they intended to introduce to ease poverty in certain areas, to reduce crime, to tackle the housing problem, help the aged, build nuclear bomb shelters, etc.

The socialists would not be offering any reforms of the old, failed system in which the vast potential of the planet is owned and controlled by a relatively small minority of people who allow the production of goods and services only when it holds the promise of profit for them. On the contrary, we would be asking for a mandate to abolish the entire concept of ownership in the means of production and distribution so that everyone could freely participate in wealth production and everyone would be free to take from the common pool of wealth thus created in accordance with their needs. Further, in the context of what we are discussing, we would be offering the establishment of an open and genuine system of participative democracy in a world where the massively destructive and ubiquitously corruptive power of money would no longer exist. 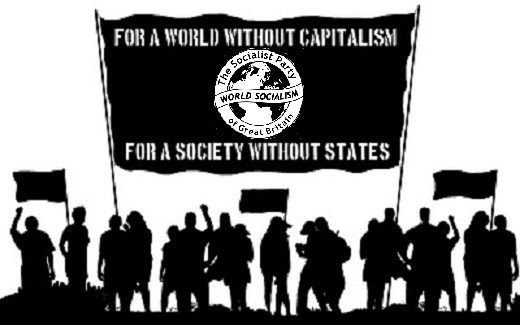