The Cooperative Commonwealth of Labour 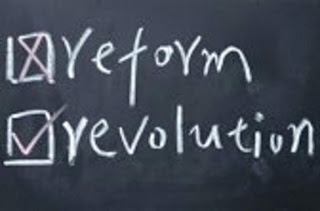 Capitalist production takes place only if profits can be made. And if that requires firing workers, cutting their wages or off-shoring their jobs to countries where wages are substantially lower, so be it. It isn’t about individual capitalist villainy by unscrupulous corporate executives; it’s about the capitalist system. Labour reform laws rarely are what they appear to be and rarely result in the positive gains they ostensibly are meant to establish. Exceptions that appear to prove the rule may not be the exceptions they seem to be when closely examined. Close inspection will often reveal that the labour legislation established is what the ruling class considers to be in its political or material interests at the time. Times change, however, and when the changes affect capitalist needs, labor reform “victories” of the past can be undermined, circumvented or simply scrapped.

The Socialist Party holds that capitalism is not worth reforming and that, in any case, it cannot be reformed in any meaningful way so as really to improve the workers’ condition, or protect them from capitalism’s recurring depressions and wars, or from displacement by automation. The many social evils and economic contradictions that capitalism engenders are for the most part insoluble and endless. No matter what reform efforts are made to mitigate the impact of those evils and contradictions, they continue to plague society in varying degrees. Some of those problems may at times and on the surface even appear to have been mitigated only to have them flare up again. No social problem can be eliminated unless its cause is uprooted. As long as workers are deluded by the hope of “improved conditions” under capitalism they will turn to whatever party they think can deliver the goods—such as the Labour Party in the UK or the Democrats in the US. They are in the reform business precisely to preserve capitalism. Politicians don't decide who will work and who will not. They do not decide what to produce or when to produce it. In a capitalist economy those decisions are made by those who own the things needed produce and distribute the goods and services that everyone needs. They are made by the capitalist class.

What the capitalist state appears to give in the way of reform is more often a sleight of hand calculated to play on the sentiments of workers and deflect their attention from the absolute need to abolish capitalism and establish socialism. These are important lessons for workers, who must learn to reject all reforms and reformers if they are ever to affect their own emancipation from the worsening conditions of life under capitalism. Only by building their own movement with the goal of abolishing capitalism and its system of production for private profit—and working to successfully replace that system with a socialist one based on production for human needs—can they hope to build the society of abundance and leisure they deserve and need to live as human beings should.

We are fed massive doses of optimism to the effect that this is a temporary "recession"—a kind of economic tea-break between booms. But optimism doesn't provide food, clothing or shelter. Capitalists and their politicians have no more control over economic crises than they have over earthquakes or hurricanes. The "recessions" and "depressions" that bring unemployment are caused by the capitalist system itself. Government reforms can't solve the problem, and history proves it. During the Great Depression of the 1930s, capitalism adopted the most elaborate social reform program in history called the "New Deal," but it failed to end unemployment. It took a world war to do that. The lesson is clear. Unemployment and depressions are inherent in the capitalist system. Consequently, the interests of the overwhelming majority dictate that capitalism be replaced by a new social system capable of guaranteeing security for all—socialism.

The first step toward solving any serious problem is a clear understanding of its cause. The Socialist Party holds, therefore, that it is the duty of a bona fide party of socialism always to hold the issue of the abolition of wage slavery up before the workers clip and clear, and to expose reforms as delusions. The Socialist Party reasserts that the international class struggle is a fact, that the working and ruling classes of the world have nothing in common, and that every attempt to prevent the working classes of the world from uniting in their own interests requires the unqualified condemnation of all those who profess to speak in the interests of labour, regardless of their assertions and pretenses to the contrary.

Socialists advocate a cooperative commonwealth of labour, free of exploitation and oppression. Socialism is no pipe dream. It does not seek to end exploitation and oppression by appealing to the oppressor class to be more benevolent, but by organising to overthrow that class. It does not base its vision on idealistic premises, but on concrete facts. It boldly proclaims that capitalist/state ownership of the industries and exploitation of the working class is the root of workers’ misery; that the means to provide material abundance for all, at a fraction of the work time presently required, objectively exists but cannot be realised due to this capitalist/state ownership. For the workers of the world the choice is clear: The course advocated by the Socialist Party offers the potential to end human suffering. We must replace production for sale and profit with a system of production for use. We must replace economic dictatorship with economic democracy. We can achieve socialism peacefully and outlaw capitalist ownership by a democratic decision at the polls. But before we can do that we must reject the political parties of capitalism and support the party of the working class—the Socialist Party.