Socialism? What Is It? 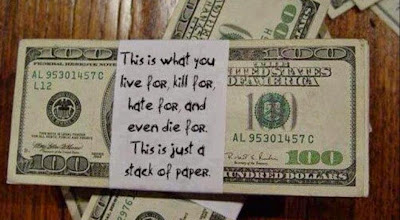 The Socialist Party and its companion parties stand alone in their consistent advocacy of the socialist solution. Their examination of society has taught them that nothing less than socialism can suffice. These parties at present form only the nucleus of the great working class movement which must finally rise to bring this program into effect. The workers cannot depend upon others to do the job for them. It is a job that requires conscious and deliberate effort on their part. It is a job which they must do themselves.

Many varied interpretations that have been placed upon socialism. Stalinism and Hitlerism have both been described as socialism. Labour parties frequently come forward with lengthy lists of reforms or elaborate plans for “nationalisation” and describe these as socialism. Social reform is not socialism. Neither is government ownership. Socialism has not yet been established in any country. It exists today only as an independent working class movement striving against the opposition of capitalist and labor parties alike, its energies directed without deviation towards a single goal. There are no short cuts to socialism. Workers must guard against such nonsense if they are not to be fooled by political charlatans or people who have themselves been fooled. For this reason among others the socialists stress the necessity for socialist education. The workers must understand socialism before they can serve usefully in the struggle for its attainment.  It can be achieved only through the conscious political organization of the working class. But with that organization accomplished, no obstacle can stand in the road.

Socialism may be had for the taking. Take it. The workers must ultimately turn to socialism as the only means of finding release from the problems of capitalism. Even though it were possible (which it is not) for the present system to provide considerably improved conditions for the workers, that would still be no justification in the eyes of an informed persons for its continued existence. It has solved the problem of wealth production, but it has failed to solve the problem of distribution. It divides the toil of the workers between production and a myriad of unnecessary activities related to distribution. It is wasteful and destructive of men and materials. Its conflicts over markets, trade routes and sources of raw materials breed wars that grow ever more terrible in their dimensions. It is a haven of luxury and idleness for a useless parasite class. It is a fetter on further social progress.

The Greens will not achieve anything substantial because they are concerned with dealing with the effects of pollution, not the cause, i.e. the ownership of the tools of production (the resources, the factories, the land, the transportation systems, the mercantile and banking systems, etc.) by a minority, and the need to produce commodities with a view to profit, that rides roughshod over environmental concerns and other human needs. That destruction of the planet also affects the capitalists themselves, merely highlights the insanity of the system. For a business to survive, it must show a profit quickly and maintain its profitability to compete with other companies. In such a situation, human needs, including those of the capitalists, become meaningless.

In a socialist society, with the abolition of the profit motive, very different priorities will be apparent. Whereas water, and anything else people need may be moved from one place to another, environmental and human considerations would be prime motivators. The latest technology and safe, clean practices would be demanded and care of the eco systems on which human life depends, would be possible as the drive for profit and all that entails would have disappeared.

Socialism solves the problem of distribution. Its introduction will mean the conversion of all the means of production and distribution from private or class property into the common property of all the members of society. Goods will no longer be produced for sale; they will be produced for use. The guiding principle behind the operations of industry will be the requirements of mankind, not the prospects of profit. Production under socialism will be pre-determined, and distribution effected with neither advertising nor sales staff, thus reducing wasted materials to the minimum and making possible the transfer of great numbers of workers to desired occupations.

The ending of exchange relationships will bring at the same time the ending of an exchange medium. There being neither sale nor profit associated with the production and distribution of goods, neither will there be money in any of its forms. Currency, credit and banking, whether private or “socialized”, will pass out of existence.  The advent of common property means the abolition of private or class property, which in turn means the abolition of class society together with the class struggle. The antagonistic classes of today will become merged in a people with common interests, and the former capitalists will have the opportunity of becoming useful members of society. This will not only remove the greatest of the burdens resting today on the backs of the workers, it will also further augment the available labor supply, by the inclusion of the capitalists and their former personal attendants, thus contributing to the general reduction in labor time needed to produce society’s requirements.

Since unemployment means not only idleness but also severance from the means of subsistence, such a condition could not exist under socialism. That there will be plenty of leisure time, however, is beyond question. It will be the conscious aim of society to constantly reduce the obligations of its members to production, thereby providing ever-increasing leisure time in which to enjoy the proceeds of their labor.

Wars constitute another wretched feature of capitalist society that will come to an end under socialism. Since they arise from the struggle of the capitalists over markets, etc., and since these struggles will no longer play a part in the affairs of society, they will remain only as a ghastly memory from a horrible past. 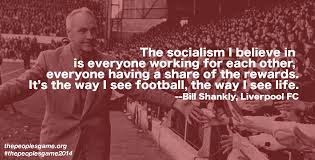