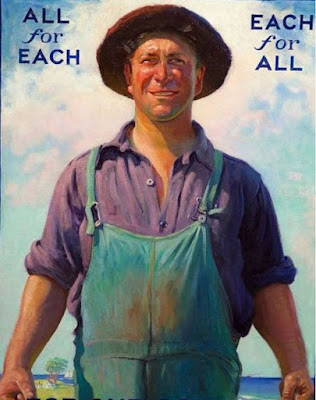 The Socialist Party states that society cannot be organised on some kind of wage-system. Most social reformers have built up their schemes on the supposition that their reforms must be merely directed towards some improvement of the present system of wage-payment, and it is usually supposed that this improvement would result from the State, either taking industry under their management or declaring a minimum wage. If the social revolution should follow this course, it would be doomed beforehand to be defeated.

The Socialist Party explains that the abolition of private ownership of land, mines, machinery altogether, surely will be the distinctive feature of any movement worthy of the name of socialist; and we have said, moreover, that no Parliament, no Government can do this. The expropriation can be carried out only by the initiative and action of working people themselves. It is not enough to proclaim, "These factories are ours," and to put on them the inscription, "Public Property." They will become ours when we really set the machinery to work. We do not answer "The State will do that, and it will pay wages, either in money or in 'labour-time vouchers.' Production is, for us, the mere servant of consumption; it must mould itself on the wants of the consumer, not dictate conditions. The very first advance towards a socialist society will imply a thorough reorganisation of industry as to what we have to produce,  a transformation of industry so that it may be adapted to the needs of the consumer. That can be and will be reorganised in time not by the State,  but by the workers themselves.

We hold that the satisfaction of the wants of all must be the first consideration of the revolution, that in the very first days and weeks, there must not be one single family in want of food; not one single person reduced to sleep under a bridge or in a doorway. Our first object must be to care for providing this food and this shelter for those who are most in need of them, for those precisely who have been the outcasts of the old society.

Is it possible? Are we able immediately to provide everybody with food, shelter, and healthcare? None of those who know the richness of our modern society will doubt the possibility. We have plenty, and we have plenty of food in our stores to satisfy their first wants. And if we thus consider the satisfaction of everybody's first wants as the first duty of each social movement, we shall soon find out the best means of reorganising our production so as to supply everybody with, at least, the first necessaries of life.

The Socialist Party is prepared openly and avowedly to profess that the satisfaction of the needs of each individual must be its very first aim, and we must prepare public opinion to establish itself firmly at this standpoint.

One of the commonest objections to socialism is, that mankind is not good enough to live in a socialist society. Submission to authoritarianism has rendered it unfit for a society where everybody would be free and know no compulsion. We are told we are too slavish, too selfish, too greedy. We are told now. "You don't understand human nature”. Therefore, we are told, some intermediate transition state of society is necessary as a step towards socialism. We have heard such words before. They will see that history is nothing but a struggle between the rulers and the ruled, the oppressors and the oppressed, in which the practical camp always sides with the rulers and the oppressors, while the unpractical camp sides with the oppressed.

Never forget that the sole end of our campaign for socialism is that the people shall be ready to rely on their own revolutionary initiative and not be scared from it by the scruples and prejudices or the plausible pretences of leaders, either timid or self-interested. The end of the social revolution is not to make men and women obedient servants. of a re-structured state, but to set them free.

Socialism refers to humanity in relation to the production of social wealth. Socialists look at the wealth of a community as the result of the common labour of the working men and women of that community in the past and present, and therefore. the common possession of all of them.

Socialists are agreed that individuals ought not to be allowed to monopolise (to claim an absolute right to prevent others from using) the necessary means for the production of wealth, whether land and raw material or capital created by past labour, because this monopoly gives to the monopolists' dominion over the lives of all other people, who must, of course, work that they may live, and who cannot get at the means for doing so without the monopolists' permission. And we, very well know that this permission is not granted except in return for the lion's share of all the worker can produce. Hence the extremes of idle luxury and toil-worn misery which disgrace our civilisation. Socialists are, therefore, agreed upon the attempt to change the existing method of producing and distributing wealth.

Socialists would have society recognise no rights of private property at all (other than personal possessions). In the creation of all wealth, the united efforts of the brain and muscle of the whole community have home their part, and the exact fraction contributed by each is impossible to distinguish. In a society of workers, all the wealth consumed is in the broadest sense capital, since all is devoted to increasing and developing the resources and capacities of wealth producers. All wealth, therefore, is to be held in common and the principle upon which it must be shared among the members of the community is, To each according to needs (not deeds). The supply of our needs is the object of our labour. We associate ourselves with our work because thus we can supply our needs better and with less effort. Let us, therefore, share what we produce according to the needs which are the reason for our work and our association. 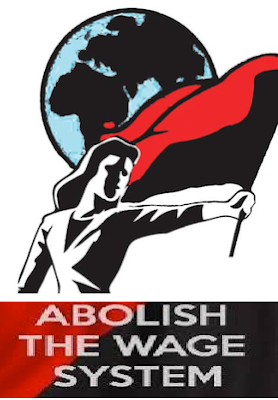