Socialism for the People 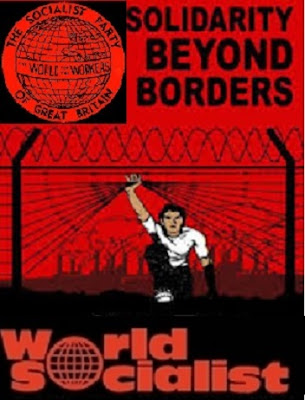 Socialism also seeks to avoid the over-centralised system of some past command economies. Instead, it strives towards a system where the means of production and social services are owned and managed by communities of direct producers. Under capitalism, the economy always responds to the logic of the world capitalist market. Socialism is not Luddite worship of a romantic pre-industrial idyll. Socialism places special emphasis on the development of science and technology. Economic progress and improvement of the people’s standard of living are largely dependent upon the capacity to produce our own means of production. What is important is to identify needs that must be met and to develop appropriate technologies to realise these. A socialist society will guard against the uncritical adoption of capitalist technology. While the instruments might be neutral, these are parts of a technological system designed for the exploitation and control of workers. Furthermore, technology that leads to the wanton destruction of natural resources must be avoided. A socialist science and technology must always be conscious of the need for technology that does not alienate, but rather enhances the humanity of the worker. Such technology must therefore be in the control of the people.

Material progress in a socialist society can be sustained only through a stable and adequate resource base. Hence the conservation of natural resources and the maintenance of ecological balance must be integral principles of socialism. Our natural resources, whether organic or inorganic, are not infinitive. They will not last unless necessary policies and measures are undertaken to preserve them. This task is both immediate and long-range. It is urgent because of the continued depletion and deterioration of our natural biosphere due mainly to the intensive, wide-scale agricultural and industrial activities of corporations and capitalists. The result has been widespread poverty among working people, especially in the countryside. Among others, this task entails a transition process involving: the phasing out of unecological capitalist production technology (i.e., pollutive, disruptive and inappropriate); the regeneration of ruined and weakened ecosystems (i.e., upland areas, inland and coastal waters, agricultural soil and air) towards a new balance, and the establishment of an optimum equilibrium between human population and nature’s limits (i.e., the capacity to provide space, food and other raw materials).

Socialism must be directed towards the ultimate fulfilment of the total potential of every individual. The subordination of citizens to a one-party powerful State, the ensuing of life, the imposition of a puritanical lifestyle and culture are not outcomes of socialism that are aimed at the fullest development of each person. Far from being neutral, above classes, the state is an instrument of class rule. It is the final guarantee of class power. Reformism starts out trying to use this state. It ends up serving its class interests.

Socialism is not spontaneous. It does not arise of itself. It has abiding principles according to which the major means of production and distribution ought to be socialised if exploitation of the many by the few is to be prevented. The liberation of the working class can only be achieved by the working class itself. A prerequisite for socialism must be the conquest of political power by the working class. There is nothing automatic about this; there are no guarantees. First and foremost it is necessary to build a movement that dedicates itself to rebuilding the socialist cause.  Every person who desires to put an end to this society of war and starvation must find a place in assembling the revolutionary socialist movement,

Socialism is impossible without democracy, both in how we organise and in what we organise for. As socialists, we are interested in what empower people and give them the sense that they can work with others to change and manage their communities.  Our job, as socialists, is to find a way to propose ideas and democratic practices, to reinforce and build democratic commitment. Socialism is people collectively running society. Instead of being subject to anarchic capitalist competition and the mad rush for profit at any cost, it is working together for the common good. Our co-operative power would be controlled, not by a ruling class in the search for ever-greater profits, but democratically and for the fulfilment of human need.