Land equals power. If you own land it gives you economic, social and often political muscle. And the more of it you own, the more potential power you have.

According to Shona Glenn from the Scottish Land Commission, "At the moment the balance of power really sits with landowners and we need to shift that so that communities and society at large have much more of that power."

The BBC in a 2-part programme sets out to find out  'Who owns Scotland?'

One thing is sure, it is not its working people. 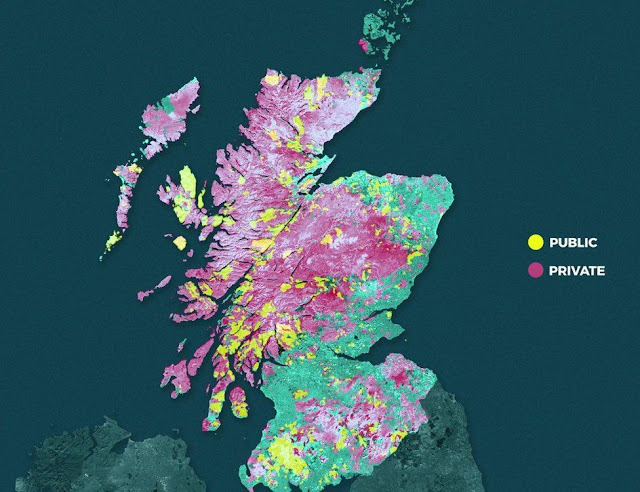 There are 47,000 long term empty homes in Scotland - the number's doubled since 2005.  If you were to place all the vacant and derelict land in Scotland together in one space, the area would be twice the size of the city of Dundee. The most concentrated areas of dereliction are spread through west-central Scotland and down the Clyde coast.

In Glasgow, the derelict properties seem to be spread out, spanning much of the city with no obvious pattern - until you add another layer. When you superimpose the areas of greatest deprivation onto the map, they sit almost precisely on top of the places where you find the most derelict land.

Tom Smith explained: "When you add that layer (to our map) there does seem to be a direct correlation between the vacant and derelict land in Glasgow and its deprived areas." 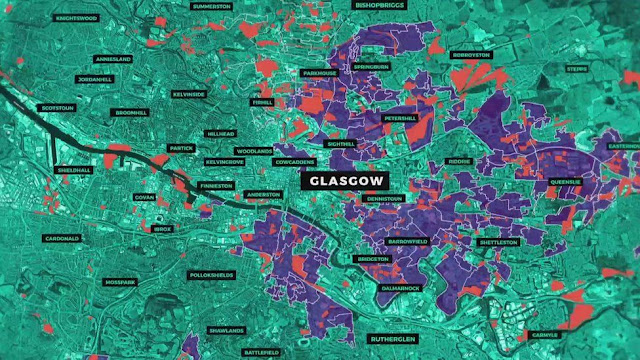