Join the Socialist Party today for a better tomorrow 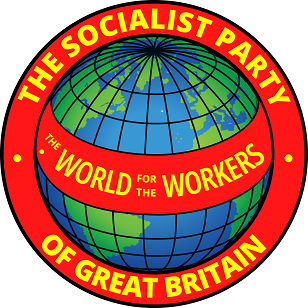 Socialism is not about giving equal property to all. It is the abolition of the idea of property, of ownership, altogether. Does it seem strange to think of things as owner-free?

The way to end the scandal of unmet needs alongside unused skills and resources is not to retain the exchange economy. It is to get rid of the exchange economy altogether by establishing a society based on the common ownership of productive resources where goods and services would be produced directly for people to take and use and not to be exchanged, or bought and sold, at all. Thomas Carlyle noted, “We have profoundly forgotten everywhere that cash payment is not the sole relation of human beings”.

The Socialist Party’s politics exposes the limits of capitalism and the political, social and economic boundaries that the system imposes. It challenges capitalism’s apologists on both the Right the Left. The Socialist Party goes beyond conventional party politics. Socialism means many things to many people. It can be defined as government control, state ownership, regulations, deficit spending, economic intervention by government, redistribution of income, progressive taxation. It’s the welfare state, the mixed economy, or totalitarianism. One of the most common misconceptions about socialism is that it means a draconian police state where a small party elite exploits the majority of the population, as what happened in the USSR, its Eastern European colonies, and what is happening in China, North Korea and Cuba. Some believe the very meaning of socialism has been lost.

Socialism is human-centred. We don’t talk of money and the market and so on. Instead, we talk of the economic means for the satisfaction of the needs of all human beings with the least possible waste of energy to achieve them. Instead of the vague and reformist aim of  “the right to work”, socialists aim for “the right to well-being”, that is, the satisfaction of physical, creative and other needs. But to satisfy these needs, we need to re-organise society. We need to have a revolution to abolish all classes and wage labour. The Socialist Party rejects the market, money, and profit as both exploitative and unnecessary. Instead, we seek a society of common, voluntary agreement to meet these shared needs and wants.

The first task is taking into possession of all of the wealth of the world, on behalf of the whole of humanity, because that wealth is the collective work of humanity. ‘All belongs to all’. This requires the abolition of all property and the holding of all resources in common for the well-being of all. The second task is organising society around the principle “From each according to their ability, to each according to their needs.” This means everything should be produced and distributed for free according to need. Everyone within reason would be the judge of their own needs and take for free from the common storehouse whatever they needed. If there was scarcity, things would be rationed according to need.

One of the reasons the abolition of money is a necessity is because there can be no exact measure of the productive contribution of every individual, as production today is so interwoven. These two aspects of communism are intimately related: common possession of the necessaries of production requires the common enjoyment of the fruits of production. The abolition of property requires the abolition of the wage system. Retaining some form of private property or monetary exchange would lead to the re-establishment of classes and the state.

The five criteria for socialism can be listed as:

(2)  Distribution will be according to need, and not by means of buying and selling;

(3)  Labour will be voluntary, and not imposed on workers by means of a coercive wages system;

(4)  A human community will exist, and social divisions based on class, nationality, sex or race will have disappeared

(5)  opposition to all states, even the ones who falsely proclaim themselves to be ‘workers’ states 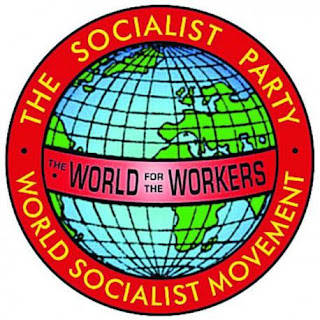