Greta Thunberg has announced she will be taking part in climate protests in Glasgow next week, also inviting Glasgow workers who plan on striking to join her in the march.

She confirmed she would be in Glasgow during Cop26 to take part in the protests on Friday, 5 November. The protest, arranged by Fridays for Future Scotland a group inspired by Thunberg’s activism, will march at 11am from Kelvingrove Park in the west end of Glasgow to George Square in the city centre.

Thunberg invited thousands of striking street cleaners, railway and refuse staff to join the climate protests. The Swedish activist appeared to support the workers’ strike in her invitation. Around 1,500 Glasgow City Council staff in refuse, cleaning and catering roles are set to strike in the opening week of Cop26 over a pay dispute.

She wrote: “Climate justice also means social justice and that we leave no one behind. So we invite everyone, especially the workers striking in Glasgow, to join us. See you there! #UprootTheSystem.” 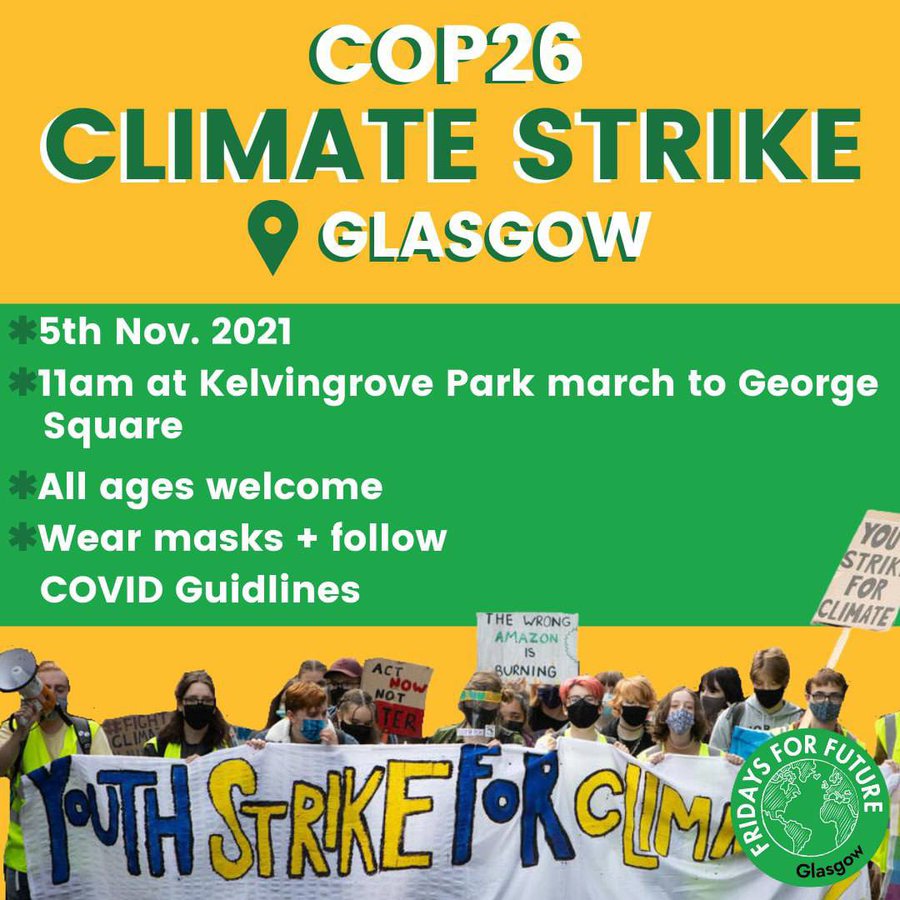