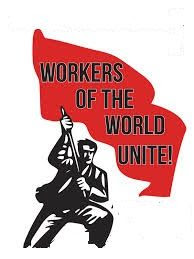 With capitalism falling ever deeper and deeper into crisis, we can see the burden being placed increasingly on the shoulders of the working class.  We can see government after government across the world enacting legislation with similar ends: to make the working class pay for the problems of capitalism. However,  we see much evidence popular resistance is rising. Mass movements are once against stirring. Under the present system nearly everybody loses. While some people get cheated worse than others, they all get short-changed in the end so that the corporations can make more money.

While power now rests in the hands of very few people, the real power in any country rests in the hands of all its people. It isn’t easy to unite. All the lives we’ve been told that we’re separate and different from everyone else. We’re taught to view other people with suspicion. For these reasons people who should be uniting keep opposing each other. The people who run society want it that way: they tell us that the only way we can be worth anything is to be better than someone else. In order to get us to accept the fact that they have power and we don’t, they encourage divisions among us to make us feel as if we weren’t deprived, as long as there is someone worse off. The media tell us to blame other workers for our problems.  In this way, the media never give us a true picture of society or of our lives. Instead of being a voice for the people, for the way we seek things, the media depict our lives in terms that benefit corporations.

The working people of the world will be guaranteed security, democracy, equality and peace only when our planet is run on an entirely different basis than it is now; only when a socialist system replaces the present capitalist one. The new socialist system would mean that working people would own the factories and farms and they would plan production and distribution for their own needs.

Common among our fellow workers are a number of illusions preventing them from seeing the underlying cause of their problems and from looking toward a socialist solution. One of these illusions concerns the nature of the State; another concerns the idea of national interest. Many have allowed themselves to be fooled into believing that because they can choose between candidates selected by money-dominated political machines, they have a government ruling in the public interest. Because the people do not yet understand the class nature of state power they are unable to see through the lie that the government is above class interests. The first lesson to be learned is that state power, for all its pretensions, is ultimately the ruling arm of the capitalist class.

The second widespread illusion is the capitalist notion of “national interests,” which in reality is the interest of the capitalists and their servants, not the people. A country’s foreign policy is designed to protect the property, commerce and trade of Big Business. The government is an instrument of the exploiters which they use to uphold and strengthen their system of exploitation and oppression. The power of the government is openly used by the exploiting class to secure opportunities to protect its investments.

“The government of the people, for the people, and by the people,” no longer exists in this country. Today in the United States it is a government of, for, and by Wall Street and the financial and industrial system it represents. In the American Declaration of Independence, it was laid down as a principle that all men are endowed with certain inalienable rights and “that among these are life, liberty, and the pursuit of happiness.” These rights do not exist. The means of producing wealth have been concentrated in the hands of a small class that uses the power that ownership of the means of production and distribution gives it to exploit and oppress the wage-workers and farmers. The industries — the factories and mines, transport and communications, are under the ownership and control of a small group of great capitalists who use these instruments of production and distribution to exploit and oppress the millions of workers and farmers who are dependent upon their use to earn for themselves and their families the necessities of life. These capitalist exploiters of the working people use the government as an instrument to maintain and uphold their special privileges. The courts have been equally diligent in serving the interests of the financial and industrial rulers who control the government. It is in the struggle against the wage-workers and their labour unions that the government has shown most clearly that it is a government of exploiters, fighting the battles of the exploiting class against the oppressed and exploited workers.

The only answer is for working people to organise their political power independent of the capitalist parties and to wrest political power from the hands of the exploiters. 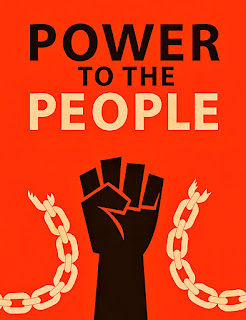