Our enemy is capitalism

The Socialist Party is for world socialism, which would eliminate the obsolete national boundaries into which the earth is divided. Only under a one-world administration can world peace and prosperity be achieved. In 1904 the Socialist Party came together for one reason: to politicise and organise a revolution against the capitalist system. We are an organisation that believes the working people can be educated and inspired to rise up to create a new system based on justice and economic prosperity for everyone. We see the need and the possibility to win the overwhelming majority of the population for the fight against capitalism and for socialism. Everything belongs to all!

Poverty continues to increase in the middle of abundance. The rich are getting richer, while the poor get poorer. This is the fundamental feature of capitalism. In a socialist society, the means of production will be to provide for the needs of the people. The capitalist profit-makers will have passed into history.

We demand that the land, the instruments of production (machines, factories, transport, etc.), and all the products of labour become the common property of the whole people; and, That all production be organised cooperatively, and be carried on under the direction of the commonwealth; as also the cooperative distribution of the products in accordance with the service rendered, and with the just needs of the individuals. And to realise our demands, we strive by all proper means to gain control of the political power. We say that the workers must enter into political actions against the capitalist state and achieve control of the state power and use this as a class in their interests and that this is the only road to the social revolution and the abolishing of the capitalist system. Our Party does not advocate the use of force by the workers today.

The whole world is chained to the capitalist system. This system of capitalism is set up with one thing in mind – to make the most profits possible for the handful of people who own the Big Businesses. It is the system under which we, and our parents and grandparents before us, have done all the work. We dug the mines, built the buildings, manufactured all the products: and then get just enough to live on – if we fight hard enough for it. On the other hand, the capitalist class made huge fortunes off of our labour.

The Socialist Party stands for the complete overthrow of the capitalist system and the establishment of a socialist system. Once it is no longer possible to make a profit from the general misery of people, our problems can be quickly solved. There are several parties around that call themselves “communist” or “socialist”. We have important disagreements with them. These parties all have one thing in common – they all dress themselves up with high-sounding revolutionary phrases, but underneath they are defenders of capitalism and attempt to sabotage the struggle of the working class.

The capitalist mode of production shall be replaced by the socialist mode where the means of production, land and soil, quarries and mines, raw materials, tools, machines, transport, will be transferred to the common ownership of society. They shall no longer serve individuals as a means of living of the labour of others, no longer be the means of the economic enslavement of the propertyless. Thus the commodity production of independent private producers is changed into a planned social production by the people and for the people.

The Socialist Party aim is to abolish capitalism and reorganise society on a socialist basis. The goal of the Socialist Party is socialism, not reformed capitalism. Its tactics must be those that will bring about socialism. We want to live well. That is everything. Capitalism doesn't allow us to live well, because it forces us to support a regime of slavery, exploitation and of oppression. We know that the poor are the most of the world, most of each town and we know that we have to organise the world in each town, how it is our desire in order to live better the life. Then, that is what we want: organising the industrial life they want or they don't want the capitalists and rulers, in order to give us the well-being that we want and that we needed. Individually we can do nothing. The individual revolt and the personal hatred of one worker must be transformed into collective revolt, into class solidarity. Our point of view is that resistance must be systematized, and not those of acceptance and servility. In order for the resistance to be capable of defeating oppression, unity is necessary. All those who can be united must be united. 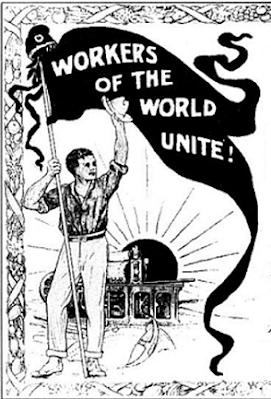