AWAY WITH THE GARBAGE OF CAPITALISM 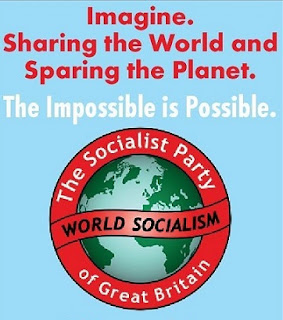 COP26  has finally arrived in Glasgow and what has the blog of the Socialist Party’s Edinburgh and Glasgow branches got to say?

Legend has it that Nero fiddled while Rome burned. Not to be outdone, the present ruling class is fiddling about while the planet almost literally burns.

While politicians, corporations, scientists and reformers endlessly argue over what to do with the impending impact of climate crises and how to decarbonise the economy as a matter of urgency, we’ve heard it all before. The only answer is to the throwaway society is to throw away the capitalist political economy, which has produced and entrenched this crisis. It is time now for a new egalitarian economy based on justice and shared prosperity. The claims that climate change is ‘unequivocally caused by human activities and ‘human-induced climate change’ are prominent media headlines but the suggestion that humanity, in general, is to blame is not a scientific claim. It is an ideological one. In this instance, it insulates the capitalist class from being culpable. It is capitalists who profit from the climate crisis while the poorest suffer. It is the capitalist system putting profit above all else. It is technically semantically correct to say that climate change is human-induced. The capitalist class are human after all. However, powerless working people have no choice over the fundamental conditions of production which are driving our climate to break down. Can the coal-miner be equated with the capitalist who exploits them by investing in corporate shares to profit? We are not all equally responsible for climate change. Those who are to blame don’t plan to do anything meaningful about it. Predictably, virtually nothing is being done. It is not the human species, but by that tiny minority element of the species that is befouling the nest of all species. There is no reason inherent in the human species that prevents us from living in harmony with our natural surroundings. Indeed, humanity is itself an integral part of the total environment and no more at odds with it by nature than dam-building beavers.

Capitalism's profit motive is the culprit. The profit motive and capitalism are bringing civilisation to the brink of disaster, and time is running out to take corrective actions where possible or to lessen the effects where the damage is already too advanced to be undone. It ought to be clear that the system primarily responsible for bringing humanity such dangers and which even now continues to ignore the warnings of scientists is not to spend the hundreds of billions of dollars to avert or mitigate the dangers. The answer is to change the system. Environmentalists, limited in their worldview and lacking understanding of the capitalist system are prone to divorce their own particular specific environmental cause from the whole socio-economic fabric. These eco-warriors of capitalist society endlessly flounder, winning, at best, only a delaying action against the disintegrating effects of capitalism on the natural world. University libraries are bulging, research establishments are filled, publishers are glutted and periodicals are saturated with data, hardly anything seems to have escaped the scrutiny of scientists and researchers yet the obvious cause, capitalism, goes unchallenged and uncontested. The scientific community have drawn innocuous conclusions, that the economic system can continue with some modifications without the essential inference that environmental degradation is inherent in capitalist development. Such an inference would, of course, have led to only one conclusion: that meaningful action to repair our world can only be taken when the competitive pressures of capitalism, indeed the capitalist system itself, is abolished and socialism established.

Upon the basis of the evidence accumulated by today's environmentalists, a world socialist administration would take swift, positive and massive efforts to restore the environment. The first step toward doing so, of course, will be to change the basic purpose of social production, from production for profit to production for use -- inherently conservationist in its orientation.  Biologists, botanists throughout society will be part of this reassessment, but we can expect the workers of every industry to evaluate the repercussions of the productive processes they are engaged in where the measure of production will be humanity and the future generations of all living things.  The possibility for a true environmental movement lies within the principles of socialism, for only it can turn the accumulated mass of environmental evidence into effective action to restore and improve the world. This class-ruled society of ours wastefully squanders and devours resources.

Capitalism and its great waste of mankind and nature continue apace. And thus it will be as long as the prime incentive to the industry is private profit, instead of social use. Only with socialism will industry for social use be possible. Then humanity will produce to live, not to waste both the means by which we live and ourselves. Then we will work, not to destroy, but to build. 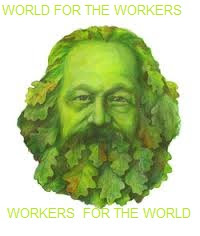