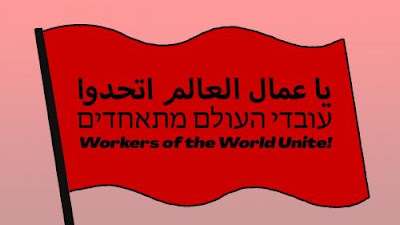 More than 500 academics from around the world, including a Nobel prize winner, Royal Society fellows, and former and current presidents of major academic bodies, signed a petition delivered to Glasgow University this week to protest it of “capitulating” in two separate cases that have undermined academic research because of the lobbying activities of pro-Israel and Zionist supporters.

A peer-reviewed paper by Jane Jackman in the university’s scholarly journal eSharp in 2017, which examined methods used by Israel to form public opinion and support from the UK Government and following complaints over the content of the article, the journal issued an apology and said it recognised the article had caused considerable offence and promoted an “unfounded antisemitic theory. ” The scholars who support the petition say that criticism of Israel and its supporters cannot be conflated with antisemitism.

The article was an examination of the mechanics of how Israel and its allies influence and inform public opinion with the aim of maintaining British Government support. Similar articles are published about other nations lobbying such as China and Russia, but they are not accused of anti-China or anti-Russia racism. But on Israel, it is considered antisemitic.

Jane Jackman, who was then a scholar at Exeter University, published the paper, titled Advocating Occupation, examining the evolution and role of Israel lobby groups in the UK, in the immediate wake of a 2017 documentary aired by Al-Jazeera on the lobby’s interference in British politics.  Footage filmed by an undercover reporter showed an Israeli embassy official, Shai Masot, covertly colluding with Zionist groups to undermine senior UK politicians – especially the then head of the opposition Labour party, Jeremy Corbyn – who were seen as too critical of Israel’s oppression of Palestinians. Jackman concluded in her paper that “critics of Israeli policy expose themselves to the possibility, indeed the probability, of being smeared as anti-Semites”.

Initial complaints against Jackman’s paper shortly after it was published were dismissed by Glasgow University's administration but later pro-Israel blogger, David Collier,  accused Glasgow staff of  “heavy antisemitism” in clearing it for publication. He and fellow activists to wrote to Sir Anton Muscatelli, Glasgow’s principal, complaining that Jackman’s paper was “laden with conspiracy, antisemitism and errors”.  , He claimed it was a “poison spreading through our universities. With malignant cells in place such as Exeter, [London’s] SOAS and Warwick – it acts as a cancer – with new academics, freshly dosed with antisemitic ideology, leaving the nests to spread the sickness elsewhere.”

In her article, Jane Jackman had identified Collier as particularly adept at characterising critics of Israel as “haters” and antisemites. Collier, she had noted, was a favourite of the Israeli embassy that had invited him the previous year to help train more than 100 representatives from British pro-Israel groups on advocacy tactics to counter those who sought to tarnish Israel’s image.

Glasgow University authorities then reversed course and concluded  Jackman had promoted “an unfounded antisemitic theory regarding the State of Israel and its activity in the United Kingdom”. Glasgow University suggested that action had been taken against Jackman’s paper in accordance with the IHRA definition of antisemitism. It also implied that her research was an example of “hate speech”.

The signatories of the petition say it “extraordinary” that Glasgow University had had to apologise and then labelled the article's content as “hate speech”.

Noam Chomsky said: "The capitulation by the University of Glasgow is a serious blow to academic freedom that should not be allowed to stand.”

Separately, Glasgow University's politics department took the unprecedented step of demanding the right to vet a talk on Israeli and Palestinian politics. Somdeep Sen, a professor at Roskilde University in Denmark had invited Sen to speak on his new book, Decolonising Palestine, published by Cornell University Press. The university then insisted on new conditions – apparently after submitting to pressure from a Jewish student body to seek the Jewish students’ approval before agreeing to the talk going ahead.

Sen was contacted by the department to say it had received “a message of concern from the University’s Jewish Society” about his forthcoming talk and that he would need to “provide information” on the main points and any slides he intended to use.According to the British Society for Middle Eastern Studies (Brismes),  the information would be shared with the Jewish Society to assess whether it would have “negative repercussions” for Jewish students.  Brismes warned such acts would lead to “self-censorship on the part of individual scholars and students”.

Glasgow Uni Backs down a bit