A Quick Fix, Which Is No Fix At All. 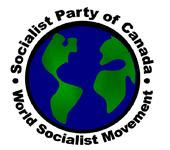 Since 2016, when British Columbia declared the opioid epidemic a public health emergency more than 1,500 Canadians have died from opioid overdoses. Nevertheless, since the start of the COVID-19 epidemic, opioid related deaths have increased. Both B.C. and Ontario recently saw the most opioid overdose deaths in a single month. In June there were 175 deaths in B.C. compared to 76; in June 2019 and Ontario had 201 compared to 173 in June 2019.

According to Ontario's Office of the Chief Coroner, in the first 18 weeks after the COVID state of emergency was declared, 16 of them had a significantly higher number of drug related deaths than this time last year.

Add to this the fact that every 40 seconds someone in the world commits suicide, it seems very clear that whether one’s death be intentional or not, we live in a very sick society, its symptoms causing people to turn to a quick fix, which is no fix at all - it’s capitalism that needs fixing by its abolition.