The captains of industry command 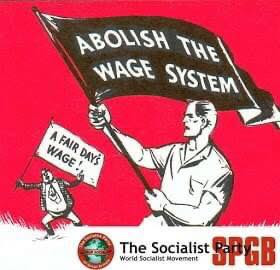 The aim of socialist industrial production is not profits but the prosperity of the the people. The capitalist practice of only seeking profit while ignoring the harm done to the planet and its people is alien to socialism. It is becoming more and more obvious that capitalism can only destroy the environment. The market and the profit system are incapable of planning a world where millions can live in safety and security. The pursuit of profit leads corporations down pathways that might be quicker and cheaper in the short term, at the expense of public health and safety. The very definition of greed. Fast disappearing are clean fresh air, clear pure water and wholesome nutritious food. Pollutants fill the atmosphere, our rivers and seas have been turned into sewers and we fill our plates with chemicalised fodder.

Sadly, a great number of people concerned about the environment have been naive enough to believe that their protests and lobbying would force those at the controls of industry and finance to turn around climate change, even if only because of self-interest. But this once again proved to be a cruel illusion. The people came on to the streets to be heard. But in the CEO board-rooms, they were not listened to. The very sources of global warming, means of production, are in the hands of a few who cannot see beyond their share-holder returns. What is to be done about global warming and the greenhouse effect? The Socialist Party rejects the idea that capitalism has a self-correcting economic mechanism. If nothing changes the result will be climate chaos. Only a reduction and redistribution of resources makes any sense. All the resources for a world of abundance, without pollution, disease and squalor, exist at the present time in skill, technique and science. Yet, they are the same resources used to produce environmental destruction. They cannot be used for constructive purposes till the capitalist system of profit-making is overthrown. Grim reality teaches that the choice of socialism or barbarism may have been transformed to world socialism  or extinction

The world today is one of stark and bewildering contradictions. Possessing the greatest industrial and agricultural power in history, we cannot feed, clothe and provide a decent livelihood for billions. Countless struggle away their lives to just survive.  Poverty and economic insecurity exist alongside luxury and extravagance. The answers to these questions cannot be found in cynical condemnations of “human nature” or apologies about the “way things are.” No! Capitalism, the social system under which we live, is responsible for the contradictions of society. A system of exploitation, violence, racism and war strangles our lives. Capitalism thrives on the private control of society’s wealth and production – production involving the interconnected efforts of millions of working people.

The rich have one basic goal in life: to make more and more profits, and they accomplish this by dominating the economics, politics, and cultural life of the country. The monopolists will throw workers out into the streets to starve, promote violent racism, and build a military arsenal that can destroy the world several times over – anything for profits!

This is an irrational and unjust system. But life does not have to be this way. We can improve our lives and society, and eliminate exploitation and capitalist injustice, by overturning the capitalist system. We can replace capitalism with a rational and humane system – socialism. Socialism is a social system where social wealth is genuinely controlled by society and for the benefit of society; where the common good, not profits, becomes the chief concern. Such an economic and political transformation will be radical, but a radical solution is what it will take to bury the miseries of capitalism. Socialism will qualitatively improve the lives of the working people. The socialist revolution has become a historical necessity and possibility. There is no other choice today. If the working people, and not the monopolies, controlled the great resources of our society, we could improve all our lives. These are the hopes and dreams of socialism.

The Socialist Party is dedicated to realising that day when the exploiters, racists and warmongers will be thrown from power forever, and a new life for the people of the world can begin.  We must use the power we have won to end the bosses’ rule of profit. 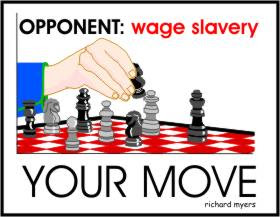