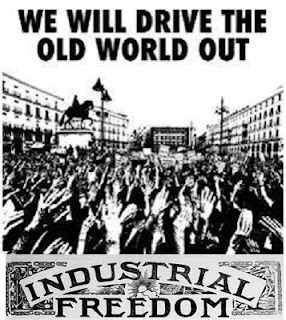 It is every individual’s desire to make of life the best and happiest thing  possible. The Socialist Party wants the same thing. Our vision of the world is making life better and sweeter. Socialism stands for the advancement and emancipation of society and it is non-bureaucratic, non-autocratic. It is industrial democracy, by, for and of the workers, first, last and all the time. Socialism is industrial democracy. Socialism seeks economic as well as political equality. What good does it do a man to have political rights and be a slave under the economic system? As long as one person is born the possessor of untold luxury, and one on another street is born to an inheritance of misery, as long as one is born master and other servant, there can be no peace on earth and goodwill to all men. They say you must change human nature. Socialists say change the conditions and you will change human nature. The small businessman tells us, “You want my property and my business.” It is not the socialist, but the corporate monopolies that destroys you, reduce you to a subservient sub-contractor, if you are lucky. The sharks swallow the small minnows, and ultimately in the capitalist waters there will be only a few sharks left.

The Socialist Party believes in democracy and in the brotherhood of all. No community can endure which ignores the Golden Rule, the basic law of social life –‘Each for all, and all for each’

The evils of the present social order are the product of an economic system in which the supreme purpose is the taking of profits. The present capitalist system divides the people into two classes. Anyone with common sense will admit that. There are people who work for wages and those who employ the wage workers. There are the people who own the industries and those who must go to the owners of industry or their representatives for the opportunity to earn a living. The ownership of industry is the source of the power of the profit-seeking class. It gives them control of the working people to secure for themselves the necessities of life. The millions of men and women  who are dependent upon the wages they earn for a living are economic serfs, wage-slaves. The power to hire and fire the workers, to give and take away the opportunity to earn a living, carries with it the power to compel the workers to work for such wages as will leave the capitalists a profit from their labour.

The business of making profits is shrouded in great mystery by the capitalists. They seek to make the workers believe that it is through some occult power that they make the processes of production yield them profits and build up great fortunes for them. There is no mystery about the source of profits. The capitalists do not create wealth out of the aid in juggling with industry. They make profits because they purchase the labour-power of the workers for less than the value of the goods the workers produce, that is, they do not pay the workers the full value of their labour. There is not other way of making profits.The lower the wages for which the capitalists can purchase the labor-power of the workers and the longer their hours of labor, the greater will be the capitalists’ profits. Naturally, the capitalists pay the lowest wages at which they can induce the workers to work. Since they are in a position to deny the workers the opportunity to earn a living if the workers do not accept their terms, they have been able to keep the wages at the point where they yield the workers a mere subsistence. The existing industrial system is a huge profit-making machine. This worn-out and corrupt system offers no promise of improvement and adaptation.

If the work of socialists is to make a better world, its aim must be the abolition of the profit system. The Socialist Party solemnly reaffirms its allegiance to the principle of internationalism and working-class solidarity the world over. Modern wars as a rule have been caused by the commercial and financial rivalry and intrigues of the capitalist interests in the different countries. Whether they have been frankly waged as wars of aggression or have been hypocritically represented as wars of “defence” they have always been made by the rich and fought by the poor.  Wars bring wealth and power to the ruling class, and suffering, and death to the workers. The Socialist Party is unalterably opposed to the system of exploitation and class rule which is upheld and strengthened by nationalism and patriotism. The wars of the contending national groups of capitalists are not the concern of the workers. The only struggle which would justify the workers in taking up arms is the great struggle of the working class of the world to free itself from economic exploitation and political oppression. The end of wars will come with the establishment of socialized industry and industrial democracy the world over.

The Socialist Party calls upon all the workers to join it in its struggle to reach this goal, and thus bring into the world a new society in which peace, fraternity, and human brotherhood will prevail. 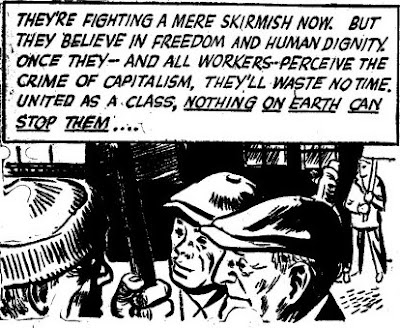