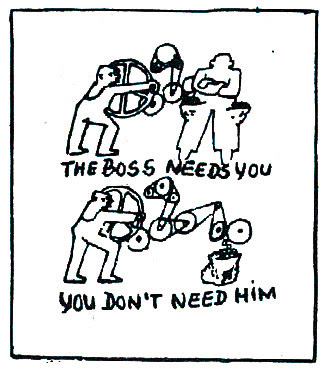 Standing in the way of social progress and socialism in the world is the capitalist class. The ruling class is composed of the owners and administrators of the huge multinational banks and corporations that control the economic life of the planet today, as well as determining the destinies of millions around the globe. Crisis-ridden capitalism is showing its inability to solve the immense problems confronting humanity. Governments exist to serve the interests of the ruling monopoly capitalist class. The state suppresses and controls opposition to capitalism. It maintains social order and provides a stable environment for big business. We have a social system that stands self-condemned. Its usefulness of the past is now long outlived. If it is allowed to continue, the world will only plunge deeper into slavery and suffering. The capitalist mode of production which cannot be overcome except on the basis of a revolutionary socialist reconstruction of society. Great possibilities are urging forward progressive humanity. Today mankind is capable of planning the scientific control of production and distribution to provide abundance for all, as the basis of a class-free and peaceful society. We have to make the working class from which we and of which we are a part realise just how powerful they are. If they all blow together it is like a mighty hurricane. If they all stamp their feet it is an earthquake. The Socialist Party says that progress consists of taking away from the capitalists their ownership and control of the means of production and making them the property of the whole people, those who produce all the wealth of the world. Owned by the toiling people, by the workers, the poor, the dispossessed, these giant industries could produce plenty for all. That is the road to socialism, to a world system, of peace, security and freedom.

What we need is to set rid of the selfish, profit-bloated greedy capitalists. Socialism will only be established when the vast majority of workers understand it, want it and democratically organise for it in a party which is not out to mend capitalism, but to end it. Socialism means the total abolition of capitalism. An end to private and state ownership and control of the means of wealth production and distribution, production would be solely for use, with all people having free access to the common store of goods and services, instead of production for sale on the market with a view to profit. To win workers to organise for socialism is a massive task and it is easy to be demoralised and deceive yourself that there is an easier way to initiate the new system. Our purpose is the establishment of the socialist commonwealth

The Socialist Party sets out to end and not mend the capitalist system. For the socialist there can be no such thing as humanised capitalism: the only good policy for capitalism is its abolition by the force of democratic, class-conscious action. Once workers get busy working for socialism, in larger and larger numbers, the owners and controllers of the Earth will shower us with piddling reforms. The capitalists will concede anything except their right to monopolise the resources of the Earth. It is this freedom which socialists, committed to common ownership, democratic control and free access to resources for all, will take away from the existing rulers.

The Socialist Party seeks to defeat the class enemy—and defeat can only mean total defeat, i.e. dispossession. The reformist seeks to leave the possession of class power in the enemy’s hands and then plead for a better deal. It is a futile and time-wasting policy, however sincere its many advocates undoubtedly are.

There is no alternative to the hard work being carried out by the Socialist Party–and the sooner those who want us to succeed join us, the sooner it will be done. The future for genuine socialists—libertarians not statists; democrats not vanguardists; Marxists not Leninists; clear thinkers not sloganising sheep—is a good one. Disillusionment will create an appetite for an alternative. Not a phoney alternative, as workers have so often fallen for but the genuine socialist article: common ownership and democratic control of all the resources of the planet by all the people of the planet.  No, it has yet to be tried. And when the recognition that common ownership is the answer dawns upon more and more workers, as surely it will. 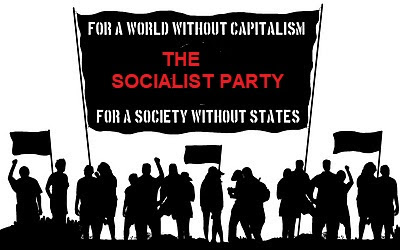