Socialism and no compromise is our class war-cry 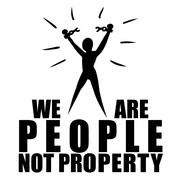 Working-people have no control over industry or of the state. Arbitrariness and bureaucracy still continue to dominate society. There is still want and misery. The people are aware of the privilege, luxury and swindling of those at the top. So voracious and insatiable, so intoxicated with privilege and power are the plunderers and pillagers of Wall Street. Giant corporations, are conspiring to undermine and, if possible, destroy the unions and drive down living standards. They are determined to maintain the unprecedented profits they are wringing from the workers, the real producers. They are scheming, with the aid of the compliant government, to rob the workers of any gains. It is only through socialism that the resistance of the rich can be swept aside and the real problems of the people be really tackled. Working people have always resisted grinding exploitation and brutal oppression.

Today the rich and powerful, the tiny handful who are perched at the tip of class pyramid try to claim the banner of freedom for themselves. For them, the rulers, freedom means the freedom to structure everything in society to serve their own interests.

Meanwhile, for the great working class majority, the freedom preached by the rich means only the freedom to choose between a rock and a hard place, between selling our labour-power to them to enrich them further and suffering hardships. The great majority of women and men want freedom from misery, from exploitation, from the jackboots of the state, from living our whole lives in precarious insecurity. We want freedom to become fully human, to develop all our gifts and abilities. And we understand this cannot be done by each of us as individuals, but only by the pooling of our collective strength and sharing our wisdom.

There is absolutely no reason for anyone on this planet as rich as this going hungry, without health-care, or being homeless. Mankind has at its disposal the technology that makes it unnecessary for it to struggle for mere survival and the a bare necessities for subsistence. We could be freed from the rigours of drudgery and toil. It is time to break the chains of wage-slavery. The tortured and deceived peoples are no longer prepared to leave their fate in the hands of the capitalists, but are beginning an active and independent intervention in their own lives, with aims and purposes of their own. Our fellow-workers will no longer permit themselves to be killed and maimed for the greater profit of their exploiters and oppressors.

The Socialist Party must convince working people that the only road to peace and security is the road to socialism. They must convince them that so long as capitalism with its greedy rivalries remains, war with all its horrors, distress and privation will go on and new wars will be inevitable. They must convince the workers that only they, by their united action, can sweep the putrid capitalist system away and build a new world of peace and plenty.

The Socialist Party does not oppose campaigns for reforms nor is it against the concept of workers’ councils if the workers themselves or their organisations demand them. But we insist that a socialist party's activity must be based on the struggle for the conquest of political power. It can only be a class party that has managed to overcome narrow sectional interests. So long as political power remains in the hands of the capitalist class, the general interests of the proletariat can only be found in the political arena. Our class emancipation needs no condescending saviours, whether they be moral preachers or new technocrats with artificial intelligence miracles.

Freedom is not a thing that can be won for a few. If any are in chains, no one is truly free. Nor can freedom be given as a gift. It must be taken by the many because only in doing so can we learn to use and expand it. The rich hate the thought of socialism so much that they call socialist any reform in the system that cuts into their wealth in the slightest—from public education, to environmental regulations and a national health care system. Such reforms are not socialism. Real freedom will require the revolution of the whole current social order which is based on the rights of the wealthy to keep everything they have and constantly grab for more.

Socialism will mean organising society and the economy on a totally different basis, where the wealth created by the labour of the many goes to serve the people and not to enrich a tiny handful of parasites. The wealth of society, produced by the toil of millions, will go to benefit the many, not to fatten the bellies and bank balances of the few. In place of this dog-eat-dog madness, we need cooperation, mutual aid and solidarity. We, the working people, make all of society run, each and every day. Why shouldn’t we plan and administer all of society? 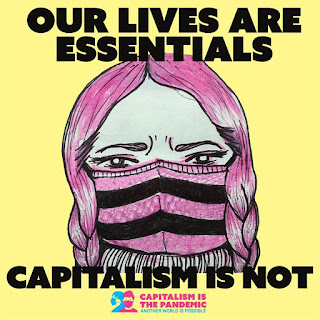