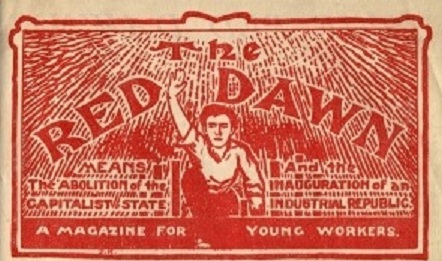 Sickness, poverty, starvation and wars are running rampant over the face of the world. These problems are the inevitable result  of capitalism, an outworn and vicious social system. To the socialist accusation that capitalism produces only for profit, not for people, the apologists justify its continuance by saying: “It’s the best” and that there is no system better. But all people are offered is the choice between different cancers.  There is a hidden kind of hunger. No question about that. Maybe those who are hungry starve aren’t falling   dead in the streets. There are other ways to starve that are slower, less obvious, and less public pride. The upstanding figures of capitalist society don’t care how they make profits, so long as they are big enough. Capitalism cruelly and relentlessly functions to make profits.

A socialist society will make inequitable distribution and poverty amid plenty impossible. For under the socialist society the means of production will be free to provide for the needs of the people. The capitalist profit-makers will have passed into the limbo of history. The working people will be in control of production and its management. Life may not be perfect. A little confusion may arise now and then, a little stupidity shown on occasions.  However, not as the characteristics of socialism, as they are the characteristics of capitalism; but merely as the natural mistakes made by fallible human beings but also with a democratic process to correct mistakes and errors. Reason and rationality teaches that the people of the world unite to create a cooperative commonwealth. The natural resources of the earth and the new technology made possible by science, all can be used and distributed according to human needs – with common sense international planning by the working people of the world. THAT IS SANE. THAT IS THE ONLY SANITY. THE OUTCOME IS WHETHER THE WORKERS SHOULD CONTINUE TO RELY ON ANY VARIETY OF BOSS POLITICS OR START RELYING ON INDEPENDENT WORKING CLASS POLITICS. Workers must raise its voice now – as an independent political force. The road of class-conscious political action leads beyond the bounds the confines of the capitalist system – it leads to socialism. The yearning of the peoples of the world for lasting peace and good will among men and women can be fulfilled only through a social system based on human needs. That is world socialism.

The working class must make its stand against its own capitalist system – whose lust for profits and interest, for investments, markets and expanded capital, for raw materials and cheap exploitable labour, can mean only exploitation at home and abject slavery abroad. the working class – not the intellectuals, idealists – is today the only possible agent of civilisation. It is the class with the revolutionary mission of ending capitalism. It is the class with the revolutionary mission of creating the world-wide brotherhood of mankind, unexploited and unoppressed by ruthless, profit-seeking, capitalist class. The socialist knows that the principles of democracy now reside only in the exploited, oppressed working people of the world. The democracy that is social and economic democracy. There is no other democracy left.

For the peoples of the world to arrive at the longed-for destiny of humanity to produce the necessities of life in peace and plenty, they must rid themselves of the motives of capitalist profits. That is saying that international capitalism is their enemy. Humanity needs a socialist world! World socialism is the goal of humanity. It is the only way to have peace and security.

The choice is between things as they are and things we can all make them if we stop relying on fake messiahs and rely instead upon our own STRENGTH AND ABILITY. The hope for a new life that can be lived in freedom in justice and decency is not crazy. What is insane is to suppose that such a life can come while capitalism still exists. There is a way – a sensible way – whereby mankind can peacefully share all the resources of the world needed for modern life. That is the way of the working people emancipated from domestic and foreign bosses, producing for human use, according to human needs. It is possible for the working people of the whole world to have economic security, work for all, plenty of the goods of life, permanent peace and determine their own destinies. Yes, such sanity is possible on this earth. Not, however, through the aberrations of capitalism – but through the united struggle of the international working class – through socialism. Workers  cannot rely on any supporters of this system which inevitably favours the bosses. The working class itself must pave its own path to a better life. Only by using their economic and political might can the workers improve themselves. No more waiting. 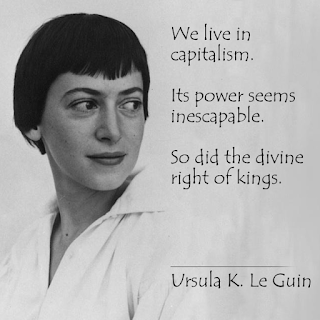