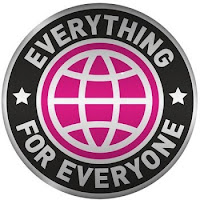 Today’s society with its information revolution understands much better than ever before what the needs of mankind are our duty as socialists is to do something to meet them. We are now in a position where — in respect of material needs, in, respect of feeding the hungry, watering the farms, housing the homeless and so forth — the means to satisfy the requirements of every human being are now available, Nevertheless the hungry are still there, and very little effectively is being done to feed them. It’s not because the food isn't there or that it couldn’t be brought very easily to those who need it. There is no longer any need for scarcity whatever. This reverses all the basic ideas of economics — economics was always described as the science of scarcity. Now, all scarcity — and this is really the most important thing — all scarcity, all need in the world, is henceforth due to capitalism’s need to accumulate profits. The means are there, the knowledge is there, and what is needed is the will to apply it. The difficulty is not a technical difficulty.

Capitalism can offer nothing but wars, unemployment, pandemics, misery and death. Yet our high-tech production system could pour out fabulous riches. Economically the world was ready for socialism decades ago. But politically people are not yet ready for socialism. They do not yet understand that society is fully capable of feeding and housing us all. They see only their immediate ills, and hence are able of making only immediate and emergency demands. The workers must awake, and awake quickly, to the all the horrors of the capitalist system.

Socialists can see a world surrounded by plenty, fertile fields which could be producing full harvests, idle machines and closed factories that could be packing warehouses. Socialists can see no necessity for empty plates on the table for the poor or the need for the poor to be living in shacks in a shanty town. The whole possibility for a sustainable and decent future in our epoch rests on the feasibility of enormously increasing the productivity of world society, the efficient use of resources, transport and factories, the elimination of unemployment, the cessation of war, the ending of economic chaos through rational planning and the early expansion of the productive system through the intensive application of science and technology. We have the possibility of plenty, instead of the manufacture of destructive armaments. At a stroke we could abolish all weapons and spend the resources and energy on relieving the world’s wants.

Society no longer needs to impose repetitive and meaningless (because unnecessary) drudgery upon the individual. Society can now set people free to make their own choice of occupation and vocation from a wide range of activities. Any job that is dull and repetitive can be better done by computers and automation. Socialism will encourage new constructive, rewarding and ennobling work, activities that relate people to people rather than people to things and which enhances the quality of life of our society, in which wealth is distributed by and for people, and used for the widest social benefit.

With the emergence of the era of abundance we have the economic base for a true democracy of participation, in which men and women no longer need to feel themselves prisoners of social forces and decisions beyond their control or comprehension. Democracy, as we use the term, means a community of men and women who are able to understand, express and determine their lives as dignified human beings.

Diseases are disappearing from the vulnerability of childhood, disappearing from middle-age and increasingly disappearing from the frailty of old age. But very much more can be achieved. We could for instance stop poisoning people simply by ending the pollution we are putting into the air. We are all eating and drinking things which will bring about ill-health and premature deaths. Medical experts know the things we are doing are the wrong ones. But business has a vast elaborate advertising industry to ensure we make the wrong choices. But now people are gradually realising that we are in a world that we share general moral sense of everyone being responsible, and feeling responsible, for the whole population of the world. And that something has to be actually done. We witness the climate change campaigners, the protect the environment protesters. People all over the world now see our problems but sadly, don’t fully comprehend the cause or the solution.

Our duty as socialists therefore includes first spreading the understanding and then the changing of the world we live in. The Socialist Party seeks to see humanity realise its full potential.