Save the planet from capitalism 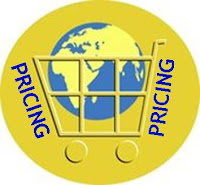 The Apocalyptic four horsemen, hunger disease, war and death are riding across the globe, plunging our planet into catastrophe and chaos. Capitalism is destroying humanity and the planet. What we are living through is a global economic crisis of a systemic and structural character and not just one more cyclical crisis. Those who think that this crisis will be resolved through a Green New Deal, with an injection of government spending and with some regulatory measures are very mistaken. Capitalism has instigated an ecological crisis by subordinating the necessary conditions for life on this planet to the domination of the market and profit. Capitalism that threatens to put an end to the existence of life and the planet. The changes needed by the people of this world are directly contrary to the needs of capital. The profit system has only one imperative: it has to grow. Capital accumulation and market expansion are the defining features of capitalism. Without them, the system would rapidly collapse. All that contributes to profits, and to the growth of capital – that’s what counts. Environmental damage is not an accidental aberration, a “market failure.” It is the way the system operates. Competition and the thirst for profit without limits of the capitalist system are destroying the planet. Under Capitalism we are not human beings but customers. Under capitalism everything becomes a commodity: the water, the soil, the human beings and life itself. The climate crisis has humankind a  choice: to continue in the ways of capitalism and destruction, or to re-start civilisation in harmony with nature. The only choice, the only way forward, is socialism.

It is necessary to develop an alternative model to that of the capitalist system. A system based on:

Solidarity and cooperation and not competition;

A sustainable system in harmony with our planet’s ecology rather than the looting of our natural resources; ·

A system based on cultural diversity, based on social justice and a system that restores the human condition of our societies and peoples rather than reducing them to simple consumers or commodities.

A question we should be asking is why, when so much food is available, are over 800 million people hungry and malnourished? Why do thousands of  children die of hunger every day? Why can’t the global food industry feed the hungry? The answer is that he global food industry is not organised to feed the hungry; it is organised to generate profits for corporations and their investors. Karl Marx wrote that, “the capitalist system works against a rational agriculture … a rational agriculture is incompatible with the capitalist system.”

The capitalist system puts profit ahead of human needs and has driven millions of producers off the land, undermined the earth’s productivity by  poisoning its soil, its water and the air, and condemning nearly a billion people to chronic hunger and malnutrition. The food crisis and the farm crisis are rooted in an irrational system. To feed the world, working people must sweep that system away. We are fighting for a world where all peoples are able to determine their own food producing systems and policies that provide every one of us with good quality, adequate, affordable, healthy food while able to live with dignity in a culture of their own choosing.

Capitalism has simply proven incapable of stopping the destruction of our planet and its peoples. Capitalism is driven by ‘short termism’ in its hunger for profits. Investment decisions are made on the basis on what will make a return in the quickest time. Such a system cannot deal with the scale of the climate crisis or make rational planned decisions about what to produce that is separate from the bottom line of profits. Socialists are well aware of the system’s rapacious nature. Faced with the argument from socialists that capitalism is the cause of climate change and socialism i.e. common ownership and democratic planning of production is the answer, many climate activists object and believe that campaigning governments to act and produce legislation to to regulate businesses is more effective than to overthrow capitalism. We reply ‘There is no time to wait for the capitalists and their governments to listen to reason’. Whether capitalism could solve the problem of climate change is an abstract question; it is clearly not doing so and there is no reason to give it the benefit of the doubt. Capitalism has simply proven incapable of stopping or limiting global warming. Socialists can expose this contradiction and win a generation of activists to the struggle for revolutionary change to ensure the survival of humanity in the face of what may be greatest threat it has ever faced.

The problem with capitalism is that it is built on the need for private enterprises to make money, no matter what. The need for profit clashes with the needs of the general public. In a capitalist world, each economic enterprise must act to protect what it deems its own interests. Each of the capitalist nations is loathe to weaken its economic position vis à vis the other capitalist countries. If necessary companies that do not like potential government regulations will close up shop and move their businesses elsewhere in what is known as “capital flight” or as more people know it “out-sourcing” and “off-shoring”. Thus businesses coerce governments into allowing them to harm the planet