If misery is inevitable, is socialism inevitable? 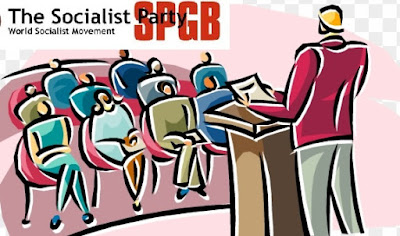 The Socialist Party holds an Annual Conference to administer the organisation and to develop its policies. We also has an Autumn Delegate Meeting (ADM) which focuses more on our members discussing issues that concern either the party or our fellow-workers.

At the upcoming ADM Saturday 21st November where all interested including non-members can attend via the DISCORD application available at our website home-page, due to the Covid-19 restrictions, Glasgow Branch has placed two items for discussion which some may wish to comment upon on this blog.

Item 37: Is the overthrow of capitalism and the triumph of socialism inevitable?

We have argued that capitalism creates the conditions for socialist ideas to develop and spread: it being a system which presents workers with so many problems and apparently irresolvable contradictions that one is almost forced to think about them.

Although our case rests entirely on its own merits and not on what Marx may or may not have said, we have often quoted Marx approvingly when he wrote:

"The essential conditions for the existence and for the sway of the bourgeois class is the formation and augmentation of capital; the condition for capital is wage-labour. Wage-labour rests exclusively on competition between the labourers. The advance of industry, whose involuntary promoter is the bourgeoisie, replaces the isolation of the labourers, due to competition, by the revolutionary combination, due to association. The development of Modern Industry, therefore, cuts from under its feet the very foundation on which the bourgeoisie produces and appropriates products. What the bourgeoisie therefore produces, above all, are its own grave-diggers. Its fall and the victory of the proletariat are equally inevitable." (Manifesto of the Communist Party)

We are sure that when Marx made this statement he was referring to what has been called the “broad sweep of history”, arising from “…the history of all hitherto existing society†…” being “…the history of class struggles.” and not some ineluctable and mechanistic historical process.

For over a century the objective conditions necessary for the establishment of socialism, ie the development of the means of production and distribution of wealth to a level which first permitted abundance and now superabundance, have existed. So, why has it not happened? When will it happen? These questions are obviously much easier to ask than they are to answer, and any answer which we might give would not have the degree of precision which is possible when answering questions such as: when is the next full moon? or when will Halley’s Comet next be seen from Earth?

We could state that socialism has not been achieved yet because the subjective conditions required, ie a majority of socialists among the workers of the world, do not exist. Unfortunately, the majority of our fellow wage-slaves have a mindset which supports, or at least acquiesces in, capitalism.

But such an answer is only a summary of the circumstances in which we find ourselves and does not take us much further. Instead it prompts us to ask “but why?”. Why, despite their experience of capitalism, do most wage-slaves still accept it? Why are they not yet ready to overthrow the wretched capitalist system? And when will they be ready?

To answer these questions, it would probably help to look at some indicators within society which might show us what progress, if any, has been made in the last century or so towards increasing socialist consciousness, and consequently towards socialism itself. Does anything we find indicate inevitability?

We may also consider what effects globalization and improved communication systems, such as the internet, have upon the potential for: greater class consciousness amongst workers, or greater control by the capitalist class.

Item 38: What is the increasing misery of the workers under capitalism, and is it inevitable?

No, we do not mean Eastenders!

We know what Marx meant by this, but we have often seen and heard this idea misrepresented by supporters of capitalism. Whether misrepresented by design or just by ignorance, it has often been claimed that because the majority of workers are much better off materially than they, or their ancestors, were their misery cannot ipso facto be increasing.

It is perhaps fortunate for capitalism that wages which have been stagnant for a long time nevertheless are allowing workers hitherto unimaginable access to more and more stuff because the real prices of many commodities have fallen.

So although workers are relatively worse off they are better off in absolute terms. But the fact that we have not been reduced to a “mass of broken wretches” is taken by some supporters of capitalism to mean that there can be no misery or, at least, no increasing misery. That degree of crassness itself adds to the accumulated misery.

The increasing misery surely refers to what workers must do to get all this stuff, not total, utter and absolute poverty or destitution. The working conditions they suffer, the stultifying and tedious drudgery of most employment, the insecurity, and the danger. All this is before we even venture outside the workplace.

Once at home the worker is confronted by his/her masters’ voice in the form of so-called news. Fake news is not a new concept to us. This “news” tells us the things our masters think we should know about: usually stuff that is really none of our business, but is important to them.

The increasing misery must also refer to the sense of alienation, not just from the wealth stolen from us, but from the physical world we are forced to inhabit.

There can be few who are unaffected by: anthropogenic climate change, wars and other violence in the world, and the myriad problems seemingly designed for a personalised experience of misery.

What was going on in the heads of the wage-slaves who voted for Donald J Trump? Will those who support this man today be ready for socialism any time soon?

Is all this not misery enough?

Although we have no wish to “wallow in misery”, if we have missed any misery here please do not hesitate to let us know…