No Palliatives, No Piecemeal Reforms 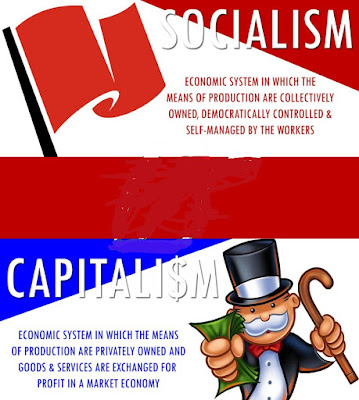 The entire capitalist world is currently in a period of great economic and social crises hurting the lives of millions while a small minority reaps super-profits. Piecemeal reforms cannot solve the problems our society faces.

To end crises, recessions, mass unemployment and poverty, to end wars and conflicts, to end exploitation of man by man, to end the present system which compels the many to work to produce wealth for a few, to end all racial, national and religious discrimination and persecution, to use planned production for the benefit of the overwhelming majority of our population, to release all productive forces throughout the world for the benefit of the vast majority of the earth’s population, to end the use of government power and its domination of working people, to build the democracy of socialism to replace the dictatorship of the capitalists,  to end the rule of the capitalist class and abolish the class struggle by abolishing capitalism, a system able to survive only by mass deception, tyranny, terror and war, to work for the common good and not the rule of wealth, to liberate working people from the rule of capitalism; to guarantee the rapid liberation of all mankind from the exploitation of Wall Street, to end capitalism by which the millions of the majority are compelled to sell their only commodity, labour power, for the profit of a small minority, to win the campaign for world socialism where every material resource for a socialist society exists and where all the technical productive forces are present, to develop the class-free society: “From each according to ability; to each according to needs.” These are the demands of the Socialist Party. To change society and end oppression, we need a plan to get from where we are now to liberation - a strategy that will work. Working people need political power. This power is the means to reorganise society in our own interests.

The misery and turmoil which exists throughout the world is caused by capitalism. The capitalist class, is a small class composed of those who own and control the financial institutions and means of production–the land, raw materials, machines, mines, mills, factories, farms. The working class, is made up of those who are deprived of the ownership of the means of production and therefore are forced to sell their labour power as a commodity to the capitalist class. The working class participates directly in production, transportation, communication, service, agriculture, and commerce. It is the class which creates the wealth of society and from which the capitalists extract surplus value. The ranks of the working class also encompass the reserve army of unemployed, including old and disabled workers and semi-permanently and permanently unemployed workers forced to live on the benefits system.

Our ruling class have built an empire that spans the earth. Like vampires, they suck the blood of the workers. They live off the toil, land and natural resources of others. The capitalists have accumulated untold wealth based on the exploitation and robbery of working people. The  capitalist class own and control the big corporations. All of them are parasites. They control an empire that spans the globe. They control the political and cultural life. They finance a host of a host of business associations, institutions and think tanks that actively promote their strategic interests. They are puppet masters pulling the strings of their puppets - the Tories, the Labour Party, the Republicans and the Democrats - through a host of laws that ensure that the electoral process favours the rich, direct and indirect campaign contributions, outright bribery, cheating, and corruption, and by an army of lobbyists who are guardians of their interests. In order to safeguard the wealth they have robbed from us and insure more profits, it is in the interests of the capitalist class to have a divided working class A working class that is divided is one that is not capable of defending itself or fighting in its own interests. The capitalists have a vast array of tools of oppression to keep the working class divided, men are pitted against women, white people against non-white people, They continually promote discord among us to keep us weak, fighting among ourselves, fighting against our class brothers and sisters throughout the world. The ruling class attempts to keep us under their thumbs with their repressive state apparatus and ideological illusions.

The working class makes its living by selling its ability to work. The capitalists own the places and things that are used to create goods and services. They appropriate for themselves all that is produced by the collective labour of the working class. This gives rise to an irrepressible conflict, a clash of basic interests that can be solved by the working class taking all power into its own hands. Today the working class as a whole is characterised by a low level of class consciousness. While it's true that many workers are dissatisfied with the existing order of things, there is not a widespread understanding that the working class has a distinct set of interests that can only be addressed by the collective action of the class. In fact, while there is a widespread perception among working people that life for them and their children might well get harder, many workers, either do not view themselves as a part of the working class or have hopes of rising out of it altogether.

The Socialist Party seeks no power inside of capitalism. Our task is to work for the realization of socialism – the association of free and equal producers. We are an organisation that fights for class unity. We see that only with a united working class can an effective fight be waged against the ruling capitalist class. This unity must not be based on paper or words, but in actual facts – in deeds. Socialism is not some Utopian scheme. Capitalism itself has created the economic conditions for socialism. Today there is social production but no social ownership. Socialism will bring social ownership of social production, redirecting the productive capacity to meet human needs, the next rational step in the further development of social evolution. The main means of production will be the property of society, not a handful of capitalists