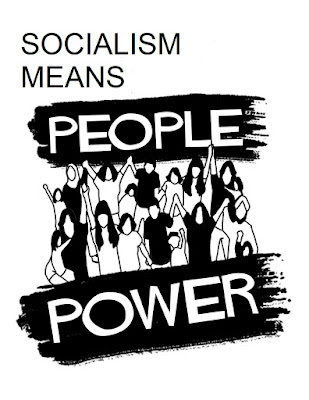 Our fellow-workers are afflicted with many self-destructive illusions, patriotic, religious and racial. These make them a prey of various breeds of demagogue mis-leaders. The social revolution is the hope of the oppressed people. The Socialist Party will not betray this hope. Capitalist exploitation is made possible by the fact that the capitalist class uses political power, and we demand that this power be taken into the hands of the working class by means of the class struggle and the capture of the State machine. The Socialist Party declares that its purpose is a social revolution. A social revolution means nothing more or less than adoption of a system of production, distribution, and consumption which is based on common ownership in place of the present inconsistent and anarchistic system of private ownership based on the brutal power of capital, which has out-lived its historical period. These inconsistencies in the economic system have been followed by the suffering and misery through which the world has lived during the past few years. Democracy can be fully realised only when a social revolution has abolished the inherited privileges of private property and the wage-slavery of the working class. Capitalist democracy is only dictatorship in a covert form and against it we set the social democracy of the great majority of the people. As working-people builds the new society, and ends all class domination — the state will be unnecessary. The first real democracy will then take its place, a system serving the cause of the producers and the common good of all.

We cannot define the method by which the social change will occur. The methods of revolution are dependent largely upon the situation and circumstances of the time and the actions of our opponents. The form of its revolution will finally depend upon prevailing conditions. We cannot define the form of the revolution, neither can we determine the moment. The Socialist Party does not confuse revolution with violence. Bloodshed does not make any social movement revolutionary. As the party which stands for the harmony of humanity, and directing its activities toward the attainment of general happiness and well-being, the Socialist Party hopes that its victory will be accomplished by peaceful organisation.

The Socialist Party is aware of the fact that the success of the social revolution is guaranteed only when it occurs at a historic moment, at the moment when the minds of the people and the events have matured for it. The realisation of the system which the working class is planning depends on the stage of development of the working class organisations and institutions, organisations which form the embryo of the socialist system. The Socialist Party’s task is to educate and organise the working class so that it will become capable of carrying out this historic destiny. The Socialist Party works for the revolution when its struggles for the well-being, for the self-respect, and for the self-consciousness of working-people. We greet with pleasure every sign of revolt within the working class which represents an independent action. We insist that the political struggle — socialism — and the economic struggle — industrial unionism — are necessary for the working class, and that close and solid relations should be built up between the two to promote the best interests of the workers. Our method, and the only effective method of building up a genuine socialist party, is to base our organisation on socialist knowledge, and the clear grasp of socialist principles by each member.

We are not opposed to private ownership of possessions, but to private property in the means of life. The basis of production is to be cooperative in socialism. But no one person or one institution shall have private property in the means of production. There will be economic as well as political freedom. In this country we still have the ballot. A revolution can be brought about by this method. For this purpose we wish to organise the people. The Socialist party as the party of the exploited. The working class in a word, constituting a great majority of the people and in fact THE PEOPLE, and the Socialist Party demands that all the industries shall be taken over by the workers who shall operate them for the benefit of the whole people. Private ownership and competition have had their day. The Socialist Party stands for common ownership and co-operation.  Capitalism is industrial despotism. Socialism is industrial democracy. The other parties all stand for private ownership and competition. The Socialist Party alone stands for social ownership. The other parties uphold the wage system; the Socialist Party demands its end. The workers who have made the world and who support the world, are preparing to take possession of the world. This is the meaning of socialism and is what the Socialist Party stands for. 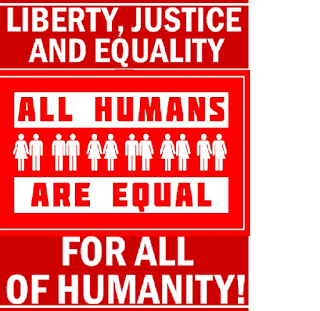