For A World Cooperative Commonwealth 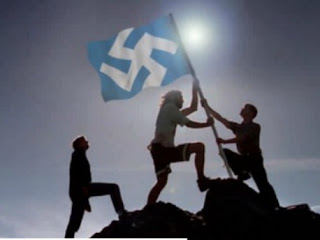 New polling shows huge support for independence among young voters, with 79% of 16- to 24-year-olds and 68% of 25- to 34-year-olds saying they would support leaving the union.

Our position in the Socialist Party remains the same. Separatism and an independent sovereign Scotland will be a dead-end.

Nationalism is the ideology which seeks to justify the capitalist division of the world into separate “nation-states”. We utterly reject this view of the way humanity should organise itself. We condemn all nationalisms equally. When countries achieved independence little changed except the personnel of the state machinery.

As socialists we re-affirm that all peoples should seek their emancipation, not as members of nations or religions or ethnic groups, but as human beings, as members of the human race. They should unite to abolish the division of the world into so-called nation-states and to establish a World Socialist Cooperative Commonwealth of which we will all be free and equal members - citizens of the world, not subjects of nation-states.

The goal of the socialist movement is not to assist in the creation of even more states but to establish a real world community without frontiers where all states as they currently exist will be destroyed. In a socialist society communities, towns and cities will have the opportunity to thrive – and people will no doubt feel an attachment to places that are real and tangible – but the nation-states will be consigned to the history books where they belong

"I have no country to fight for; my country is the Earth, and I am a citizen of the World." - Eugene V. Debs