Revolution is the Only Way 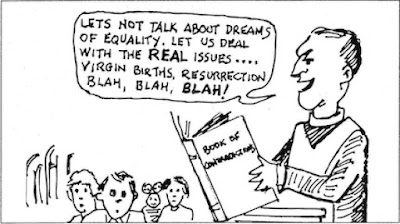 By keeping the people in ignorance - by hoodwinking them with the bonds of superstition and prejudice - our lords and masters keep us in ignorance. Ignorance is the source of all our misery. On account of our ignorance we have been oppressed, plundered, ground down and degraded like beasts of burden. It is ignorance that makes us incessantly toil, not for ourselves, but for the profit of others. It is ignorance that makes us go to war and spill our blood and lives to secure to the power and privilege of the few. It is ignorance that prevents us from knowing ourselves and without a clear knowledge of ourselves we must ever remain the tools of others - the slaves of the ruling class. Our lords and masters are doing every thing so that our ignorance continues, in order that they may carry on with their exploitation. Since our lords and masters have very good reasons for keeping us in ignorance, we have even stronger ones for acquiring knowledge. The knowledge we want is a knowledge of ourselves: a knowledge of our own power, of our immense might and our ability to change society. Of all our follies, there is none greater than to expect that others will do for us what we ought to be doing for ourselves.

Capitalism is a system where those who have ownership of the factories, the mines, the mills, the land they sit on, the machines, and so forth have everything. It’s a system where those who have no other way to make ends meet except to sell their ability to work to the bosses to enrich the capitalist. When the capitalist finds no further use for a worker, when he finds it unprofitable to continue paying his workers, the wage-slaves are thrown out into the streets as additional statistics on the unemployment figures. Under the capitalist system, democracy is for the rich, justice is for the wealthy, a good education is for the privileged, and medical care is based on your credit rating.

The Socialist Party firmly states it is revolutionary and stands with the working class, and that the only road out of this hell-hole is socialism, a class-free society. The only solution is to overthrow the existing system by a revolution. This is exactly why the main glue that holds the Socialist Party together is that is an organisation to turn the system right-side up, not just to fight particular problems of capitalism. It recognises that to wipe out this irrational, insane system requires not piecemeal solutions but one major thorough-going solution.

Other groups claim that if you tried to boldly and openly educate people about socialism, you would scare people away, turn them off. “Wait until people are ready to hear this stuff,” is what they say. When all was said and done, it was like telling a person dying of thirst that he’s not ready for a drink of water–not quite yet anyway. The line of “Wait until people are ready to listen” coincides with the ruling class’ attempts to to keep revolutionary ideas away from the people by any means necessary. No matter how well-intentioned or militant-sounding might be their reason, what the gradualists seek to do is hide their reformist politics behind a smokescreen. Indeed to pay lip-service from time to time to revolution is going to be an ideal disguise.

It is indeed true that we have been preached to about the horrors of socialism, in our education, by the media, through the speeches and writings of lying politicians trying to poison our minds with anti-socialist propaganda? And what has been their purpose in doing this? It is none other than to serve the rich ruling class, the source of all exploitation and oppression. It is the same class of people who try to present their system, where the masses of people catch hell each and every day, as the best of all possible worlds. We are told it is natural for some people to lord it over other people. They tell us the best thing is to look out for Number One (yourself), and to hell with everyone else. After all, they say, that’s just been the way it always has been. Yet studies of societies of the past prove otherwise. Cooperation, collaboration, solidarity, mutual aid has been the qualities which protected people.

Working people are being screwed over in a thousand and one ways by the capitalist system. Are we to fight the capitalists individually or as a united class? The most important thing for people to understand is that the only way to do away with the misery and oppression which capitalism breeds is to build a united and organised movement against the capitalists and for revolution, clearly targeting the capitalist system as the problem, and directly pointing to the solution, socialism.

It is the task of the Socialist Party to take the struggle to biggest fight of all - against the capitalist class for control of this society. 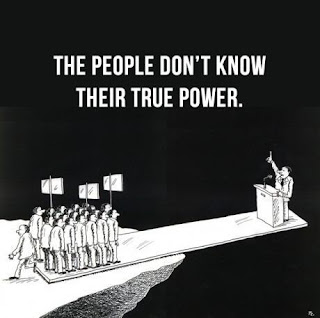