Leidos, the Military and the Scottish Government 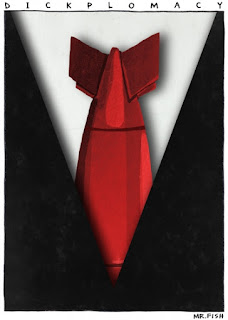 The world today is in in the grip of a major arms race.  From 2007 to 2017, global arms exports rose 65% from about $119 billion to nearly $195 billion, according to the US State Department’s Bureau of Arms Control, Verification and Compliance.  This arms drive is being caused by a new era of inter-capitalist rivalry, e.g. US-Chinese economic and technological competition, Western hypocrisy that the Moscow gangster state it encouraged is now out of control, and the Arab-Iranian conflict. The Arab and Iranian autocracies are protecting their own rentier economic and political interests by deflecting local popular unrest into a religious proxy war in Yemen.

All this is fodder for the big arms companies to make profits.  The long economic famine in the arms industry caused by the end of the original Cold War has given place to new international conflicts and new weapons systems.  High tech meets the grim reaper is now the name of the game.  And US high tech is the major beneficiary.  The United States exports four times more arms around the globe than the next nine countries combined.  And that is probably an underestimate given the dual use to which much software can be put.

Leidos (located in Virginia) is a “solutions” company.  Give it a problem and Leidos will find, install, and manage the computer hardware and software to solve it. Leidos has four main divisions: military and intelligence, government, health and “advanced solutions”. It has always operated as a close adjunct of the US military-industrial complex. Board members and executives have included Melvin Laird, Nixon’s Secretary of Defense; William Perry, Clinton’s Secretary of Defense; John M. Deutch, Director of the CIA under Clinton; and Admiral Bobby Ray Inman, a senior spook with both the National Security Agency and the CIA, under Gerald Ford.  The current board includes a former Under Secretary of Defense for the US army and a former Under Secretary of Defense for Acquisition, Technology and Logistics (i.e. the guy who used to give Leidos contracts). These days, Leidos is owned by Lockheed-Martin, the biggest US defense contractor.  It employs over 30,000 people worldwide.  Last year, Leidos reported sales of $10.2 billion, with a rise in profits of 59%.

Leidos is a leading partner to the U.K. government, the Scottish government as well as having key client partners in transportation and energy. Leidos employs 1,100 people across the U.K. supporting technology and business process transformation programmes for clients such as the Home Office, the Ministry of Defence and Met Police.

In October 2018, the Scottish Government awarded Leidos a £26.9 million, five-year contract to support the Scottish Government’s national Purchase-to-Pay (P2P) Shared Service.  This connects public sector procurement teams with suppliers, managing everything from the initial order through to the final payment. It is used by NHS Boards, central and local government, and universities across Scotland. Leidos provides “data hosting, integration, reporting and deployment services for the system”. In fact, Leidos has been involved in providing tech solutions for the Scottish public sector across a range of activities.  It has worked with the Scottish Government’s insolvency service, Skills Development Scotland and the National Records of Scotland.  Nothing like having a company run by American ex-spooks handling your data.  At least you know its not the Chinese spying on you.
Next December, the Scottish Public Service awards will be presented in the Garden Lobby at Holyrood. The event is sponsored by…er, Leidos.
In February this year, Labour MSP Rhoda Grant MSP (a list member for the Highlands and Islands and a former Unison official) sponsored another PR event for Leidos in the Garden Lobby.  This involved the Scotland Women in Technology (SWiT) organisation, and ostensibly was about the ethics of Artificial Intelligence (AI) systems.  On the surface this looks perfectly innocuous.  But why is a major US contractor which is blood deep in the intelligence world being hosted at Holyrood?
*
Leidos knows a thing or two about AI.  It is the lead contractor in the Pentagon’s multi-billion dollar programme to create an AI system to revolutionise aerial dog-fighting.  Leidos is at the forefront of US plans to weaponize AI.  I’m not picking on Rhoda Grant because she is Labour.  I’m pointing out that no MSP or MP of any party should be hosting PR events for a company that is leading the world to a global conflict run by machine intelligence. Welcome to the world of the Terminator.
The very fact that Leidos is using a women’s organisation like SWiT as a PR cover is obnoxious.  The fact that the Garden Lobby of Scotland’s Parliament is being used to provide political camouflage for a major US defense contractor makes a mockery of that Parliament’s decision to oppose nuclear weapons.  In 2014, the US Air Force hired Leidos to improve America’s nuclear targeting.  Yes folks, we may be opposed to nukes in Scotland, but we failed to notice we are adding to the profits of the very company helping decide who gets nuked in China.

In today’s world anything to do with computers is most likely to involve contractors who are – to be frank – arms contractors. Which means for starters not letting such companies use PR stunts at Holyrood to mask their real activities.  Which means doing a lot more due diligence.